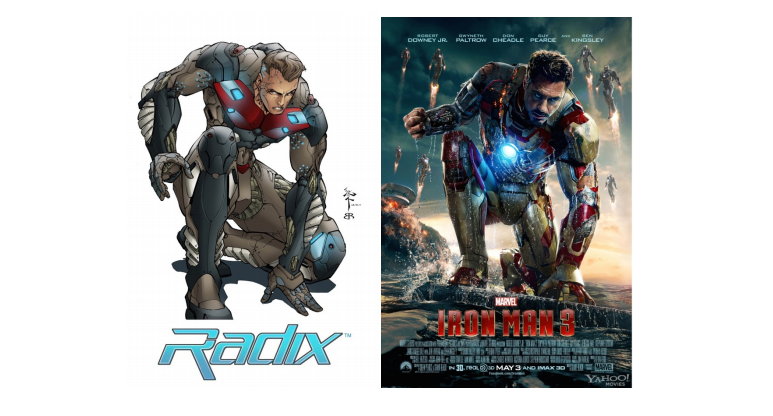 Stop us if you've heard this one before, but Marvel Comics is facing another lawsuit. This time, however, the publisher isn't combating legal disputes from silver age creators or their estates, but a pair of comic creators with a character similar to Marvel's Iron Man.

The creators, Horizon Comics helmers and brothers Ben and Ray Lai, have filed a lawsuit claiming that Marvel committed copyright infringement and unfair business practices. According to the brothers' complaint, Marvel's recent versions of Iron Man, seen in modern comics and the Marvel Studios films (think Extremis), is too similar to their comic called Radix, a series about characters in "highly detailed, mechanized suits of body armor," that they made in 2001.

Of course, Marvel has published Iron Man Comics since the 1960s. The hitch, however, is in Iron Man's modern day look. While Iron Man's armor looked like yellow spandex, with minor armor through most of his history, the character's look shifted to a "a fully mechanized suit of body armor," after Raddix debuted, according to the complaint. That tech-heavy look is a rip-off of Radix's armor, according to the Brothers. 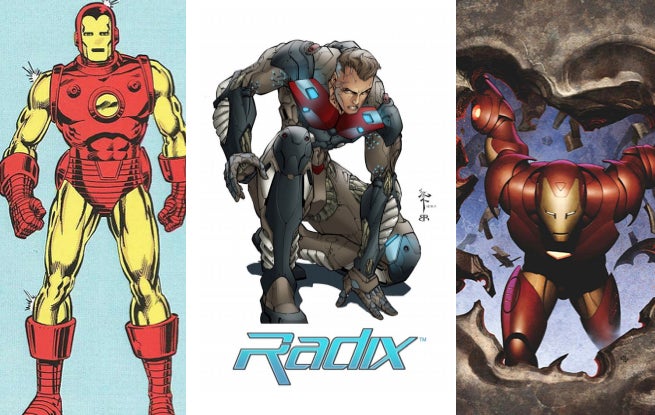 However, the concept of a superhero wearing a suit of armor may be too generic for a copyright lawsuit, thus rendering the brothers' complaints inept.

According to The Hollywood Reporter, Marvel has not yet commented on the complaint and ignored the brothers' cease and desist letter.

What do you think, readers? Is Iron Mans' modern look to similar Radix's?