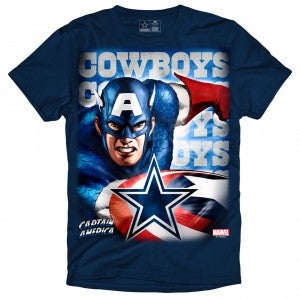 In a brilliant move, Marvel Entertainment and the Dallas Cowboys of the National Football League have announced a partnership on an upcoming apparel collection. The agreement will allow the Cowboys to license Super Heroes from the Marvel Universe decked out in Cowboys colors, logos, and jerseys. Definite characters you'll see on merchandise include Captain America, Spider-Man, Iron Man and Thor.

The apparel collection will feature items for infants, kids and adults. T-shirts, sweatshirts, caps, hoodies and onesies are all part of the merchandise assortment.

"We are excited to team up with Marvel Entertainment to create such a unique line of apparel for our fans," said Jerry Jones, Jr., Chief Sales and Marketing Officer for the Dallas Cowboys. "We are constantly looking for new and innovative ways to energize our fans, and what better way than to combine our brand with some of the all-time great Super Heroes that everyone has grown up with."

I'll say it again. BRILLIANT. This move will not only solidify the young fan base of both companies, but it will re-energize former fans of comic books and expand the footprint of Marvel and the Cowboys. Heck, I can think of at least three DADs and kids on my street that will buy some of this stuff. Very smart move all around. 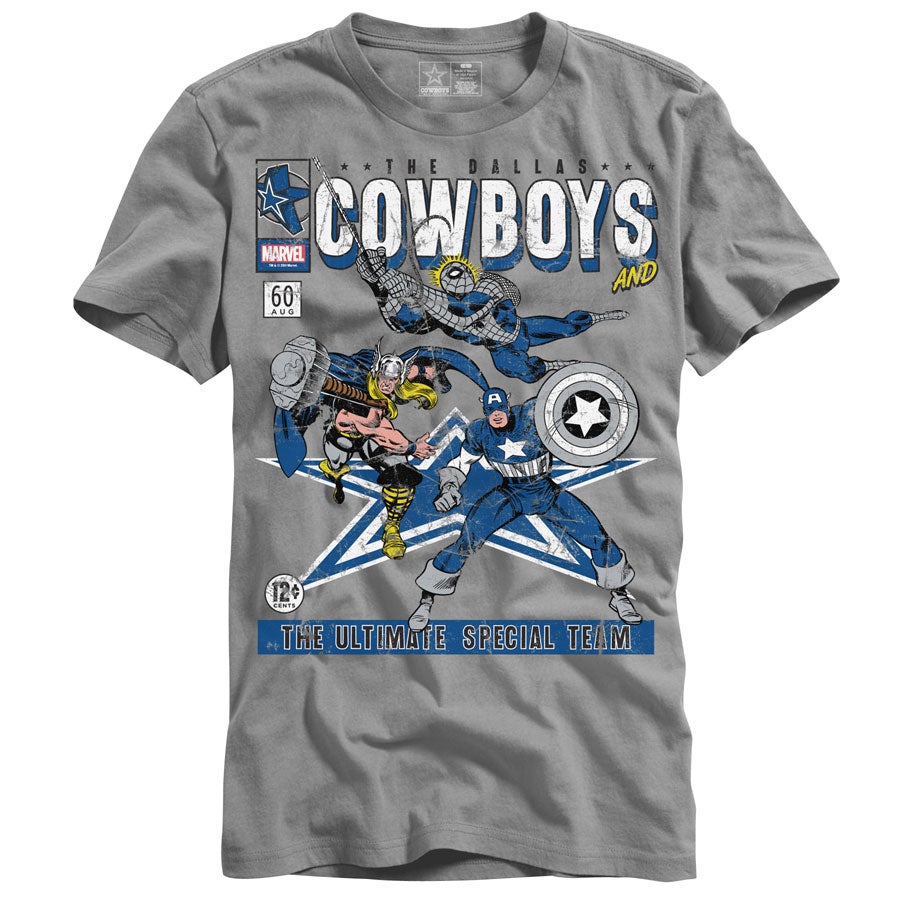 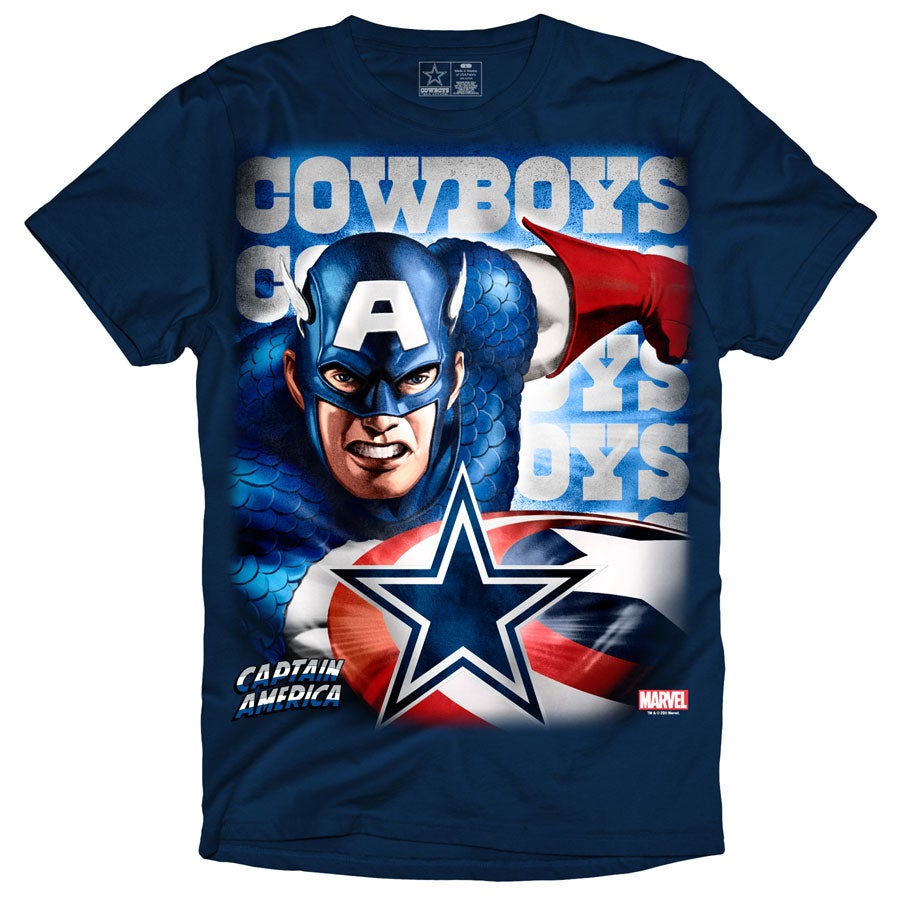 Marvel Teams Up With Dallas Cowboys For Apparel Collection