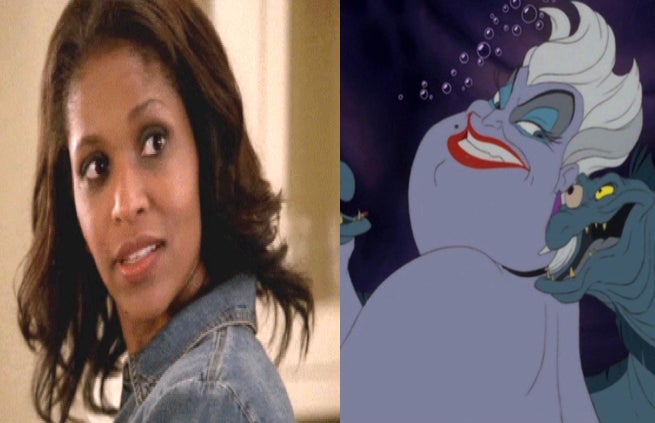 Actress Merrin Dungey is heading under the sea for ABC's Once Upon A Time.

Dungey has been cast to play Ursula, the main villain from the Disney animated feature Little Mermaid. Dungy, who's past credits include Alias, Castle, and Betrayal, will join Victoria Smurfit's Cruella de Vil as Once Upon A Time's latest Disney cartoon villains, Entertainment Weekly reports.

Ursula and Cruella will join forces with Snow White villain Maleficent, as the three conspire to destroy the series' Disney protagonists. No confirmation was given as to when Ursula would appear, but it would most likely be in the current season's back half. Ursula Has appeared on the series a few times already, though the character was merely portrayed through Yvette Nicole Brown's voice acting in Season Three.

Once Upon A Time follows a young group who are drawn to a remote town in the state of Maine. In the enchanted town, Disney fairytale characters exist as living, breathing people. So far, the group has encountered characters like Beauty and The Beast's Belle, Peter Pan's Captain Hook, and most recently, Frozen's Princess Elsa.

Merrin Dungey Cast In Once Upon A Time