A Reddit user has uploaded to the web some new pieces of Avengers: Age of Ultron promotional art.

The first image features biographies for Ultron and the Vision, revealing both characters’ origins. It turns out Ultron began existence as a relatively simple program in the Chitauri’s computer systems, providing a direct link to the plot of the original Avengers. Ultron only gains sentience after being experimented on by Tony Stark. It sounds like director Joss Whedon may be playing with similar themes to those found in the “Danger” story from his run writing Astonishing X-Men for Marvel Comics, during which the X-Men’s famous Danger Room is revealed to be built around sentient technology from the alien Shi’ar race.

There’s been conflicting rumors about whether Age of Ultron’s vision will be created by Tony Stark or Bruce Banner. His profile reveals both to be true. It seems that, rather than be created by Ultron, the “Science Bros” develop Vision together as a way of matching Ultron’s unique electronic and digital capabilities. This may also provide a reasoning for Vision’s color scheme of red, gold, and green, a combination of both Iron Man and the Hulk’s colors.

The Reddit user also showed promo art of the vision phasing through a wall emblazoned with the Avengers: Age of Ultron logo, and another of Black Widow’s new power suit and stun batons. 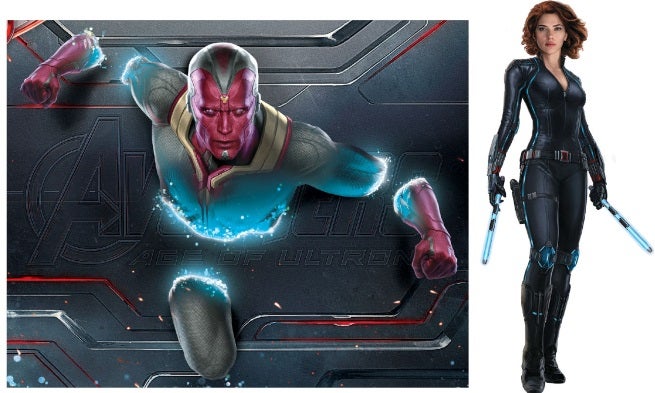 The Suicide Squad: Peter Capaldi Reveals His Introduction To DC's The Thinker