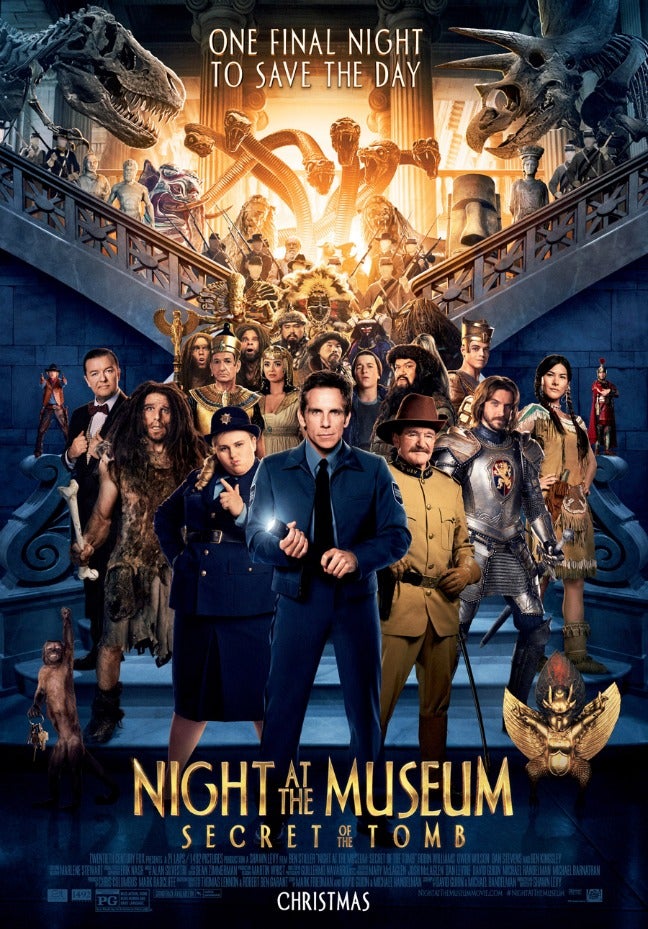 The first officially-released poster for Night at the Museum: Secret of the Tomb has been released, featuring Ben Stiller, Robin Williams and Rebel Wilson heading up the film's huge cast.

The film centers on the idea that the magic which brought the museum features to life in the previous installments is beginning to fade, and Stiller's character must travel to the U.K. in order to maintain it.

With budgets in the $100 million to $150 million range, both previous Night at the Museum films turned into major family hits, generating nearly a billion dollars worldwide between them. Fox is hoping for a big holiday hit this time, releasing the film on December 19 against The Gambler and Annie.

Night at the Museum: Secret of the Tomb's First Poster Revealed