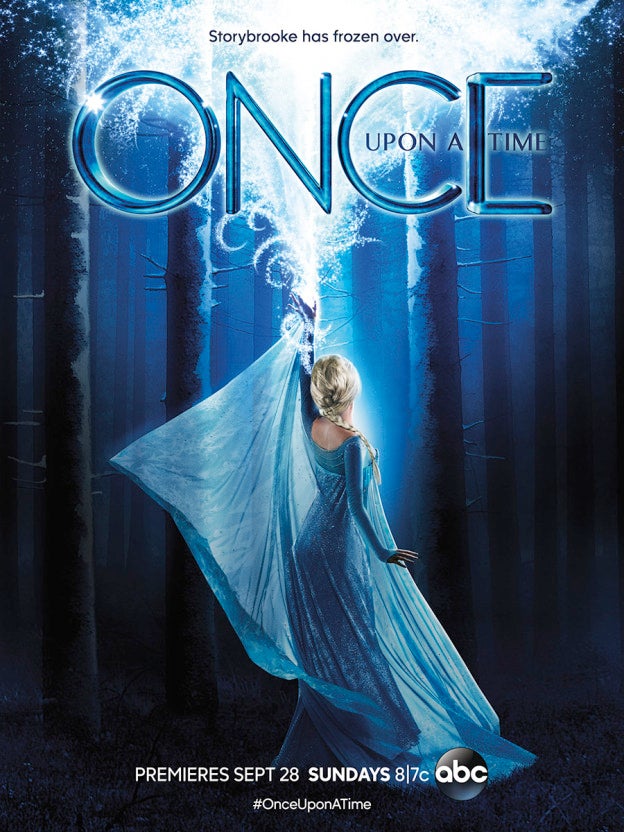 "Storybrooke has frozen over," says the new poster for Once Upon a Time's third season, just officially released yesterday.

Of course, this poster was running up the side of a building during Comic Con International: San Diego back in July, so while it's just now making its debut, it's not an entirely surprising reveal.

Still, the idea that Elsa and Anna from Frozen won't be just another pair of characters introduced this season but will instead be major players in the show's A-plot keeps being driven into us, and this poster is the latest evidence that the Arendelle royal family will have a big role to play this year on the hit ABC drama.