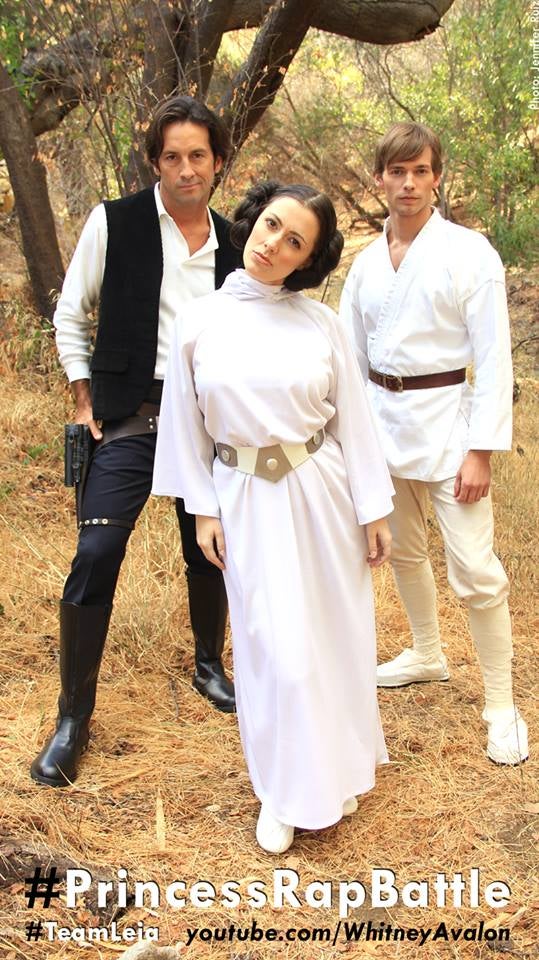 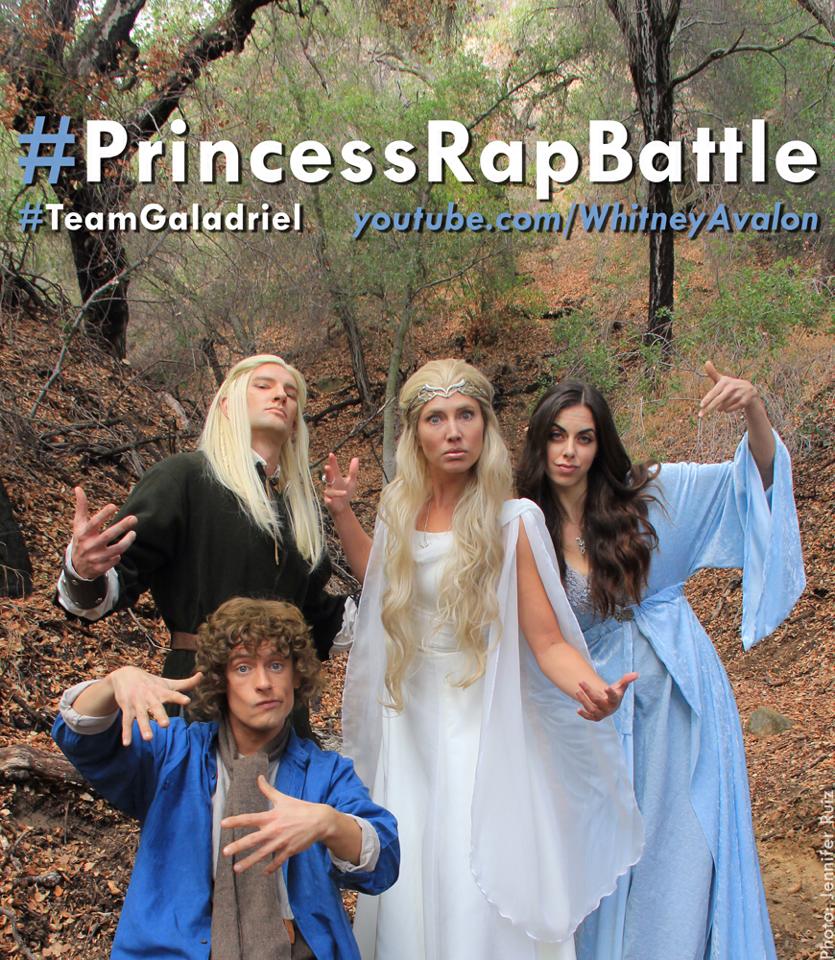 Princess Rap Battle returns with a new installment and this is one for the trilogies.

In September Avalon made headlines when Disney princesses Snow White and Elsa faced off.

GALADRIEL: One does not simply walk into this fight
I’m the baddest b***h in Middle Earth, the Lady of Light
I look better in white, you should flee from my sight
I’ll strike you down like Obi-Wan cause I’m colder than carbonite
You battle me? You’re not strong enough
A human break an elf? You don’t live long enough
You better listen hard through those donuts in your hair
By the time I end this line you will love me and despair

LEIA: Calm down grandma, you’re ugly when you’re mad
Showing off your dark side? You remind me of my dad
What a strong female character obsessed with a ring
And you had to send a group of men to fix everything
When Sauron took over you hid in a tree
I led the Rebel Alliance and we saved the whole galaxy
When I am done with you you will be nothing but a crater
My words explode like bombs, I’m a verbal detonator

GALADRIEL: What have your films had, like thirteen re-edits?
LEIA: Well, most of your runtime is spent on the credits
We’re on movie number seven while you’re still on your sixth
GALADRIEL: Yes, but unlike you we don’t pretend that three don’t exist

LEIA: You’re like a Stormtrooper cuz your shots never hit
I wore one gold bikini and the world lost its shit
I’ll rap faster, outlast her, outclass her, surpass her
I’m a master with a blaster, you’re a renn faire disaster
I walk in the sky while you’re stuck on the land
Just a hippie hobbit-humper, unblinking and bland
No light saber needed to take you out
Search your feelings, you will forfeit this bout

GALADRIEL: I will… Never give in to your Jedi mind, trick
And after Jabba’s eager tongue you should know when you’re licked
My lyrics so wet I’m like a rhyming typhoon
How’s Alderaan doing? Sorry, too soon?
I see things that were, things that are, things that may be
I’m fully operational, it’s over, baby
You shall not pass, challenge another
You can kiss my a**, pretend it’s your brother

Princess Leia Versus Galandriel in a Rap Battle