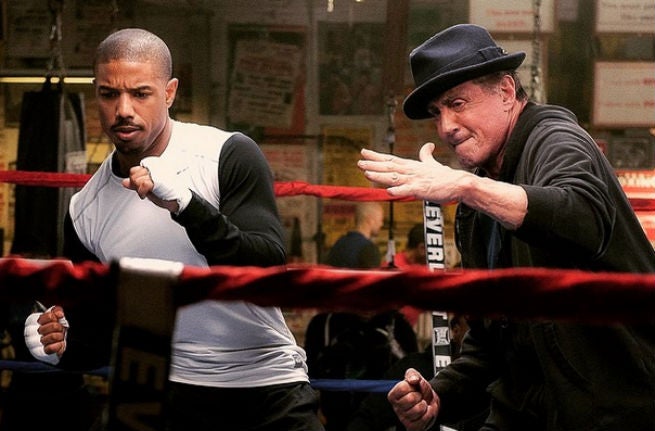 Fantastic Four star Michael B. Jordan is featured in a new photo from the set of Creed, the Rocky spinoff starring Jordan and Sylvester Stallone.

In the shot, pictured below, Stallone appears as Rocky Balboa, with Jordan beside him in the title role of Adonis Johnson Creed, the son of Rocky and Rocky II antagonist Apollo Creed.

Creed asks Rocky to train him up as a boxer and Rocky accepts -- but there are external factors putting a drain on him.

You can check the image out below:

Get ready to go for it!