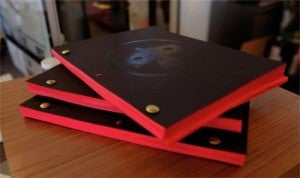 Alright, so that headline is technically two rumors, but they come from the same source, so we're just being efficient.

UPDATED: Dagnabbit--I knew that sounded familiar! Star Wars Episode VII: A New Dawn is a rumor that's been floating around since last November. It's being reported as "debunked" at Superhero Movie News, although honestly it appears to be just another in a long line of officially-unaddressed rumors.

Talkbacker is reporting that they've got two separate sources telling them the subtitle for Star Wars Episode VII will be "A New Dawn." While lacking the punch of something like "The Phantom Menace," it also somewhat lacks the sense of desperation that some fans felt that title communicated, and so probably would do just fine with the fan base past the first week of "no one likes anything new" responses to the announcement.

The site also reports that both Han Solo's famed craft the Millennium Falcon and the Mos Eisley Cantina will be sets used in Episode VII, with the pair of them already under construction as the film moves through pre-production and toward the start of principal photography in early 2014.

“The Falcon will make a big appearance," said their source. "1.1 scale size cross section is being constructed over at Pinewood, along with a power plant set and the famous Cantina.”

That sounds a bit like the elder statesmen of the Star Wars franchise have returned to some semblance of their normal lives by the time the story kicks off, with Luke on Tattooine and Han aboard the Falcon. That's just speculation, though.

...And, hey! What about Chewie? Everyone else is coming back for more, but it seems unlikely that Peter Mayhew--who now requires a cane to walk--could do what's needed of him in the Chewbacca suit. Could that impact the odds of the character returning, even if it's true that the rest of the principal cast will be back?