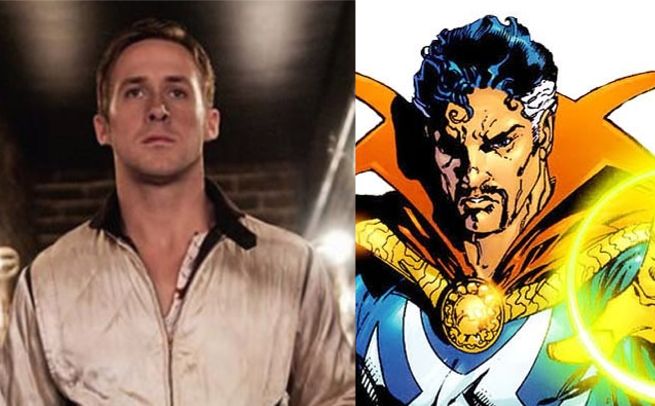 Is everybody in Hollywood up for the Doctor Strange role? In a list that seems to be getting longer by the day, Ryan Gosling is the latest actor rumored to be up to paly the Master of the Mystic Arts. And the rumor doesn’t come from just anywhere, it comes from one of the leading entertainment press sites.

According to the Hollywood Reporter, Gosling recently met with Marvel Studios to discuss playing the title role in a Doctor Strange movie. Gosling has in the past stayed away from superhero movie roles that would require him to sign long term contracts. The site doesn’t offer any more information on how the meeting went, but they do note that Gosling is also being recruited for The Secret Life of Houdini: The Making of America's First Superhero and the just announced Warner Bros. DC Comics film Suicide Squad.

While Marvel Studios has yet to officially announce a release date for Doctor Strange, it is widely believed that Doctor Strange is set for a July 8, 2016 release date. It is known that Scott Derrickson has signed on to direct the film.