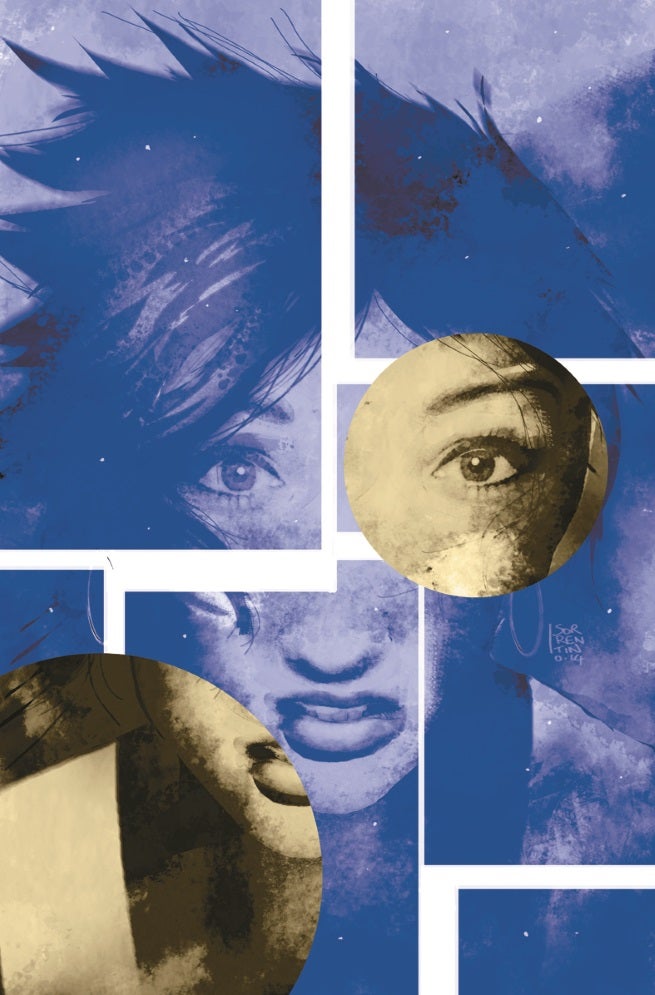 At the “Cup o’ Joe” panel, held on Saturday during the 2014 Comic-Con International: San Diego, Marvel announced that I, Vampire and Green Arrow artist Andrea Sorrentino would be making his Marvel Comics debut with November’s Uncanny X-Men Annual #1, written by Brian Michael Bendis.

The issue puts the spotlight on Eva Bell, a.k.a. Tempus, the time-controlling mutant introduced earlier on in Bendis’ X-Men run. The story takes place earlier in the year, when Eva accidently stopped time cold during a training missions with Cyclops’ team of X-Men. Eva ends up an adventure that adds years to her age – as hinted at in the most recent Uncanny X-Men, issue #23 –  though no time passes for anyone around her. So what happened to Eva, and why has she been keeping it a secret from the other X-Men?

Sorrentino took some time to speak with ComicBook.com about how he’s preparing for his big Marvel debut, and what fans can expect out of the issue.

This is your first time working for Marvel, and you’re getting your start working on the X-Men.  Are you already a fan who is familiar with the X-Men, or has this been something new for you?

I don't think there is anyone who could ever NOT be familiar with the X-Men, but yeah, I’ve been a big X-Men fan since when I was younger. I’ll admit that, in recent years, I haven’t read them for a while, until the relaunch of Marvel NOW!, when Brian Bendis started writing them, and I’ve started to enjoy them again. I didn't at all expect that they would proposed I draw them, but it was more than a pleasant surprise and I couldn't be happier!

A lot of fans will know you from your work on Green Arrow, who is a character that doesn’t possess any actual superpowers. Is working on the X-Men giving you a chance to exercise certain styles and techniques that weren’t necessary with Green Arrow?

In Green Arrow, we had some chapters with the Count Vertigo (a villain with the power of creating some.. well, vertigo in Oliver in order to deal with him) where I had the chance to have a bit of fun playing, in some weird ways, with his powers. In X-Men, there's even more of this, as almost every character can manifest different powers and effects in many different ways. I think it's going to be great fun to try to find a different and cool way to show every one of them. Right now, I’m trying something crazy on the Annual, with Eva Bell and her time-freezing\shifting powers. I hope it will end up as something exciting for the readers to look at!

We know that the annual will focus on Tempus, but is are there any other X-Men character that you’re particularly looking forward to working on in the issue?

Definitely. I hope to have the chance to draw Magneto. He has always been one of my favorites, and I think his power could drive some interesting layouts choices. Also Wolverine, of course, because in the end I feel pretty confident working with these kind of grim/dark characters (but I guess he's going to be out of the game for a while, so who knows...). Then there're the Telepaths, with all those powers to distort minds and the chance to create crazy visuals. Oh, and another one I’m starting to appreciate lately is Cyclops. I've never been that much of a fan of him, but the way he's drawn and written in Uncanny X-Men lately makes him such a badass! 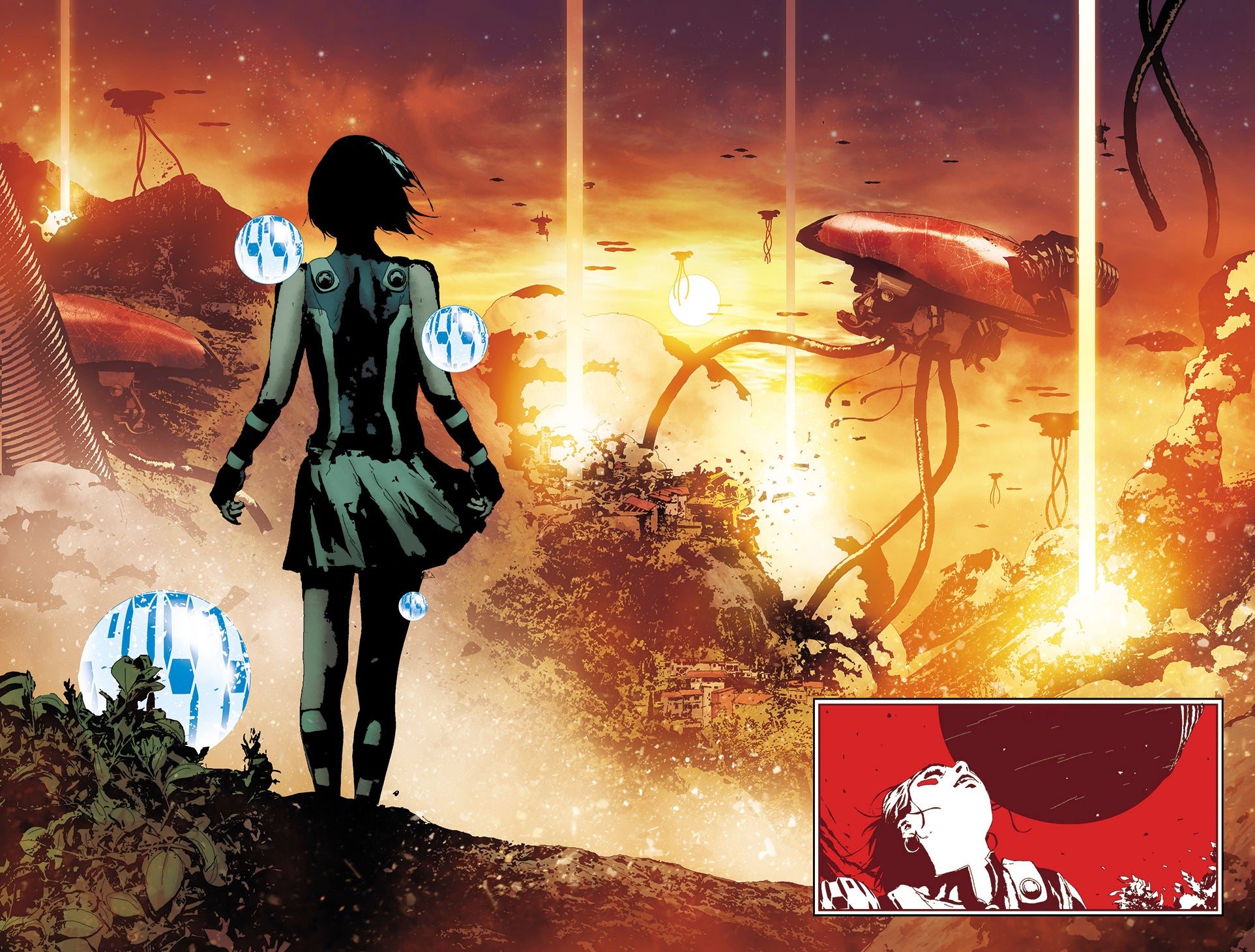 We expect to see Tempus age over the course of the issue, explaining why she seems older in the main Uncanny X-Men series than she was when she was first introduced not that long ago. What kind of challenges does such an aging process pose, in terms of keeping the character looking consistent but still conveying that sense of aging?

I think her maturation will be more a matter of attitude. We've had her with longer hair, and this for sure shows some time has passed, but it's not like she really aged THAT MUCH in terms of time. It's the way she will change in terms of her point of view on things and her personality, due to the experience she had in her time-travel that will really matter. If I can find a way to sell this in terms of expressions and body-language, then I guess I'll have hit the right button.

What do you think makes your artistic style a good fit for either the X-Men in general, or the Annual’s Tempus story in particular?

Well, I’m naturally a dark artist. Some readers discovered me for the first time with I,Vampire, which told a very creepy and dark story of vampires in a grim corner of the DC Universe. And it's true, I can't deny I feel home in these kind of settings. On the other side, I also think that, with Green Arrow, we've shown that I really have fun when I have the chance to play with some different layouts, or take a creative approach to some unusual situations. And Tempus (and this applies to most of the X-Men in general), with all her crazy time-related powers, for sure gives me a good chance to have fun in this way. You're going to see different settings and different periods of history, and this will give me the chance to experiment with different approaches. Time wrapping, time bubbles… there's really a lot to play with! Of course, it doesn't hurt that I’ll still work with my usual colorist, Marcelo Maiolo, and he will add his creativity to mine to try to give a crazy and appealing visual experience to fans.

What kind of changes, if any, do you make to your art to account for the extra pages in the Annual format? Are you able to do layouts and pace things differently than you would in a normal, 20-page issue?

Nothing specific. I'm used to working in a very…”instinctive” way. I don't even like to sketch the whole issue before doing the final pages, because I prefer to approach any given page based on the way I feel on the day I work on it. I'd say it will just take a couple of weeks more, but apart from that, I don’t think it change much from what I'm used to doing on a monthly series issue.