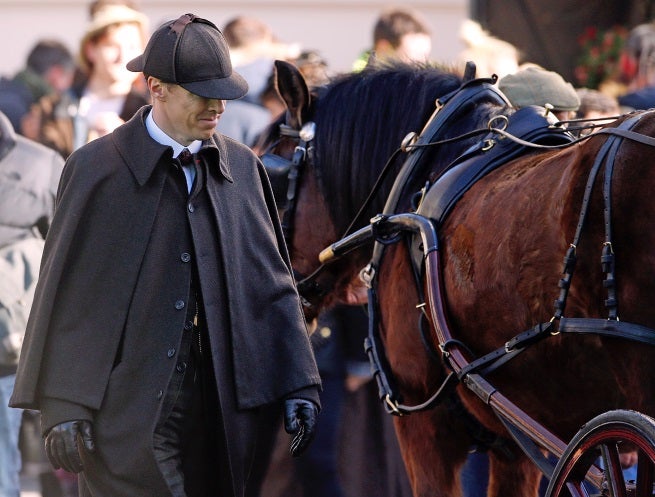 Steven Moffat has concerned that the Sherlock special will be set in Victorian London.

While Sherlock Holmes was originally conceived as a Victorian era character, Moffat's BBC television series has seen success by translating the character into something entirely modern.

"The special is its own thing," Moffat told EW at SXSW. "We wouldn't have done the story we're doing, and the way we're doing it, if we didn't have this special. It's not part of the run of three episodes. So we had this to do it – as we could hardly conceal – it's Victorian. [Co-creator Mark Gatiss] and me, we wanted to do this, but it had to be a special, it had to be separate entity on its own. It's kind of in its own little bubble."

Moffat also revealed that the production on the Sherlock special is just about complete. No official airdate has been named, but it's expected to air in December on the BBC. A PBS Masterpiece airing in the United States is expected to follow.

Sherlock Special To Be Set In Victorian London