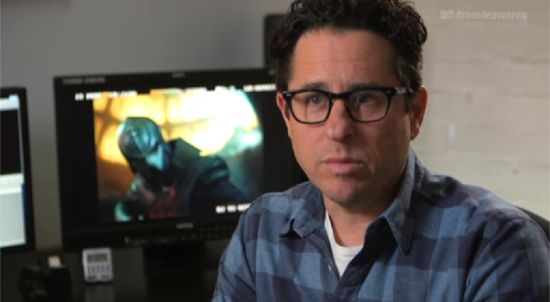 With all the focus on The Dark Knight Rises, a major Star Trek 2 spoiler went pretty much unnoticed during the 2012 MTV Movie Awards.  During a parody video about archery coach Lester Boonshaft, Star Trek 2 director J.J. Abrams appeared. On the computer screen behind him, there is an image of someone with a mask covering his face.

According to MTV, the image is actually a first look at a new character from the upcoming Star Trek 2 movie. This character did not appear in the previous Star Trek film from J.J. Abrams. No information has been revealed on exactly who is under the mask. Could it be one of the villains of Star Trek 2? It definitely looks like it could be a villain. Any guesses?

Star Trek 2 will feature Chris Pine as Captain James Kirk and Zachary Quinto as Mr. Spock. Alice Eve and Benedict Cumberbatch have also been confirmed as new cast members for Star Trek 2, but their exact roles are still a mystery. 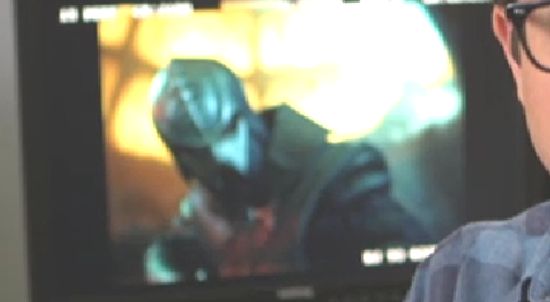 There have been rumors that Kahn is the villain, but Simon Pegg (who plays Mr. Scott) denied that rumor is true. Star Trek 2 is scheduled to be released in theaters on May 17, 2013.