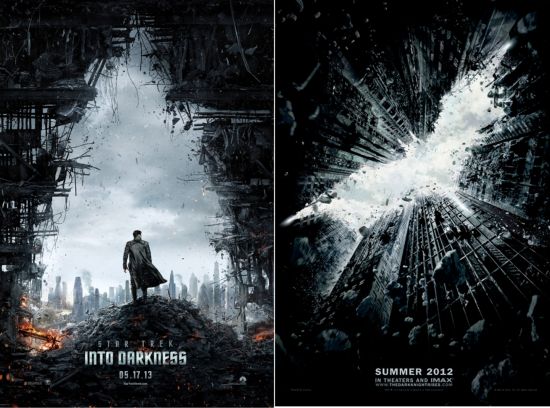 As the second biggest movie of the year, it’s no surprise that The Dark Knight Rises might be looked to for inspiration from other movies. But the first poster for Star Trek Into Darkness, has many wondering if Hollywood might be all out of original movie poster ideas. 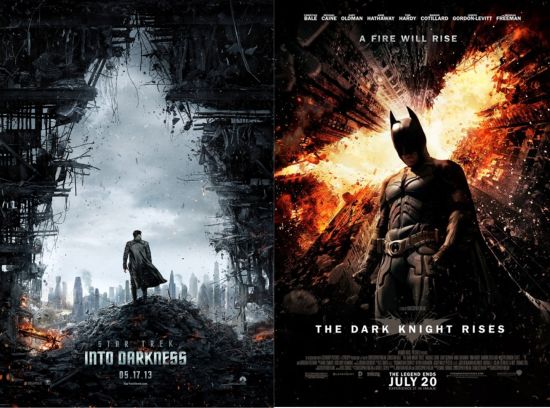 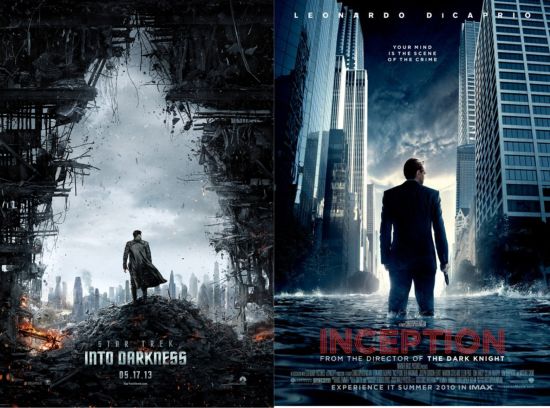