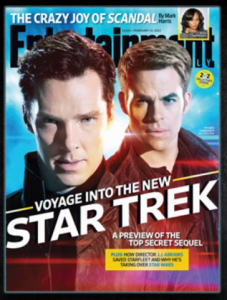 A variant cover will also be released featuring Kirk with Spock (Zachary Quinto).

The app, which launched during the Super Bowl, offers fans the opportunity to pre-purchase tickets for special early screenings of the film happening around the country on May 15. The film's official release date is May 17.

The film's official synopsis is below.