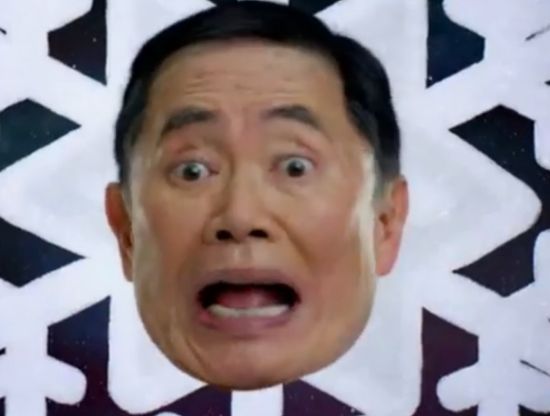 Here at Comicbook.com we’re pretty big fans of George Takei, who played Sulu on the original Star Trek TV series and in six Star Trek movies. So when we got a tip that George Takei was appearing in a new Black Friday commercial for Old Navy we had to check it out for ourselves.

In what is being billed as “the friendliest sale the world has ever seen,” George Takei sings “I Don’t Want to Miss a Deal.”  In the video, George Takei goes from Old Navy Mission Control Scientist to becoming a Cheermageddon Superstar.

We’ve got a pre-release of the spot, which has yet to appear on television. The world television premiere of the George Takei Cheermageddon spot will take place during the American Music Awards on November 18, 2012.