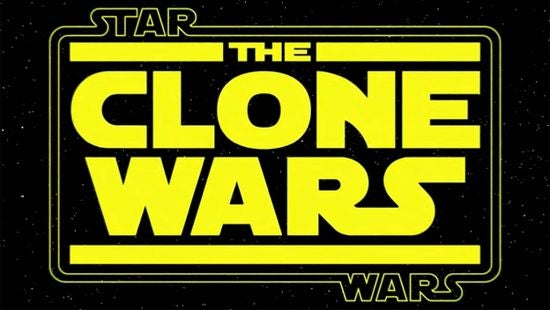 While everyone is expecting big news out of the Star Wars: Rebels panel at 2013 New York Comic Con today and rumors are flying that Disney will soon release some actual Star Wars Episode VII news, this morning brought some other unexpected Star Wars news.

One of the few downsides of the Disney acquisition of Lucasfilm was the cancellation of the animated Star Wars: The Clone Wars series, which had been airing on the Cartoon Network. At the time of the cancellation announcement, it was revealed that the remaining produced episodes would be released as bonus episodes, but no further details were provided. Now, thanks to Star Wars: The Clone Wars director Dave Filoni, we finally know when we can expect those final episodes.

On his Facebook page earlier today, Filoni wrote, "Star Wars fans - I have some exciting news! We have wrapped production on all of the remaining Star Wars: The Clone Wars episodes, and while that might be sad news in one way, it's good news in another. It means you will finally get to see them. When, exactly, is a detail I cannot yet share. I can confirm that in early 2014 you will be watching the final episodes of The Clone Wars, including one of Master Yoda's most challenging missions. So, get ready. We've got Clone Wars and Rebels coming at you in 2014. Animated Star Wars is alive and well. Trust in the Force my friends."

Star Wars: The Clone Wars Final Episodes To Be Released In 2014