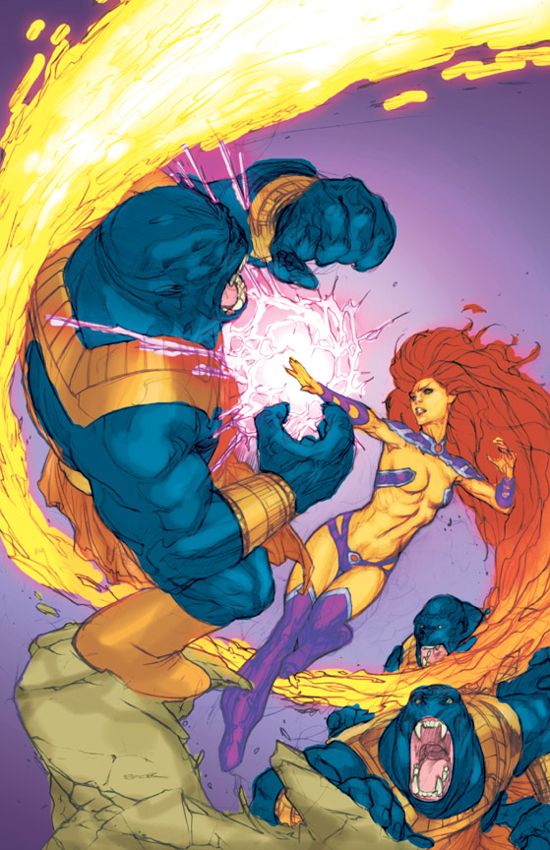 In the past, DC Universe Presents has featured a lot of characters who don't have their own title. We've seen Deadman, The Challengers of the Unknown, Vandal Savage, Kid Flash, Black Lightning and Blue Devil to name a  few. Now, DC Comics has announced that Starfire from Red Hood And The Outlaws will be featured in DC Universe Presents #18. Her appearance will follow her colleague Arsenal's appearance in issue #17. According to The Source, Keatinge said, "After working with illustrator Ricken on our Arsenal issue, I got the bug to do more with the Outlaws, so getting the immediate opportunity to work with illustrator Federico Dallocchio on Starfire is very, very ideal. Even better, she's a character I've liked for a long time now, especially in the classic Wolfman/Perez Titans era. Shining a solo spotlight to where she's at now in DC Comics-The New 52 is something I'm very enthusiastic about." DC Universe Presents #18 is written by Joe Keatinge with art by Federico Dallocchio. The issue is scheduled to arrive in comic book stores on March 20, 2013. The cover is by Ryan Sook.

Starfire To Be Featured In DC Universe Presents