Both Booster Gold #1: Futures End and Superman: Doomed are out today, touted as major storytelling landmarks for the DC Universe and pointing the way to upcoming stories.

We haven't got our hands on the books yet -- it's only 4:30 a.m. here on the East Coast -- but some Redditors have a copy of Superman: Doomed and...well, the big changes Dan DiDio and company keep promising are here, now.

SPOILERS ahead for those who haven't figured that much out.

As many fans could have predicted, the direction they're heading in seems to be tied to The Multiversity, although there's plenty of weirdness going on in Justice League 3000 that could account for the following image as well: 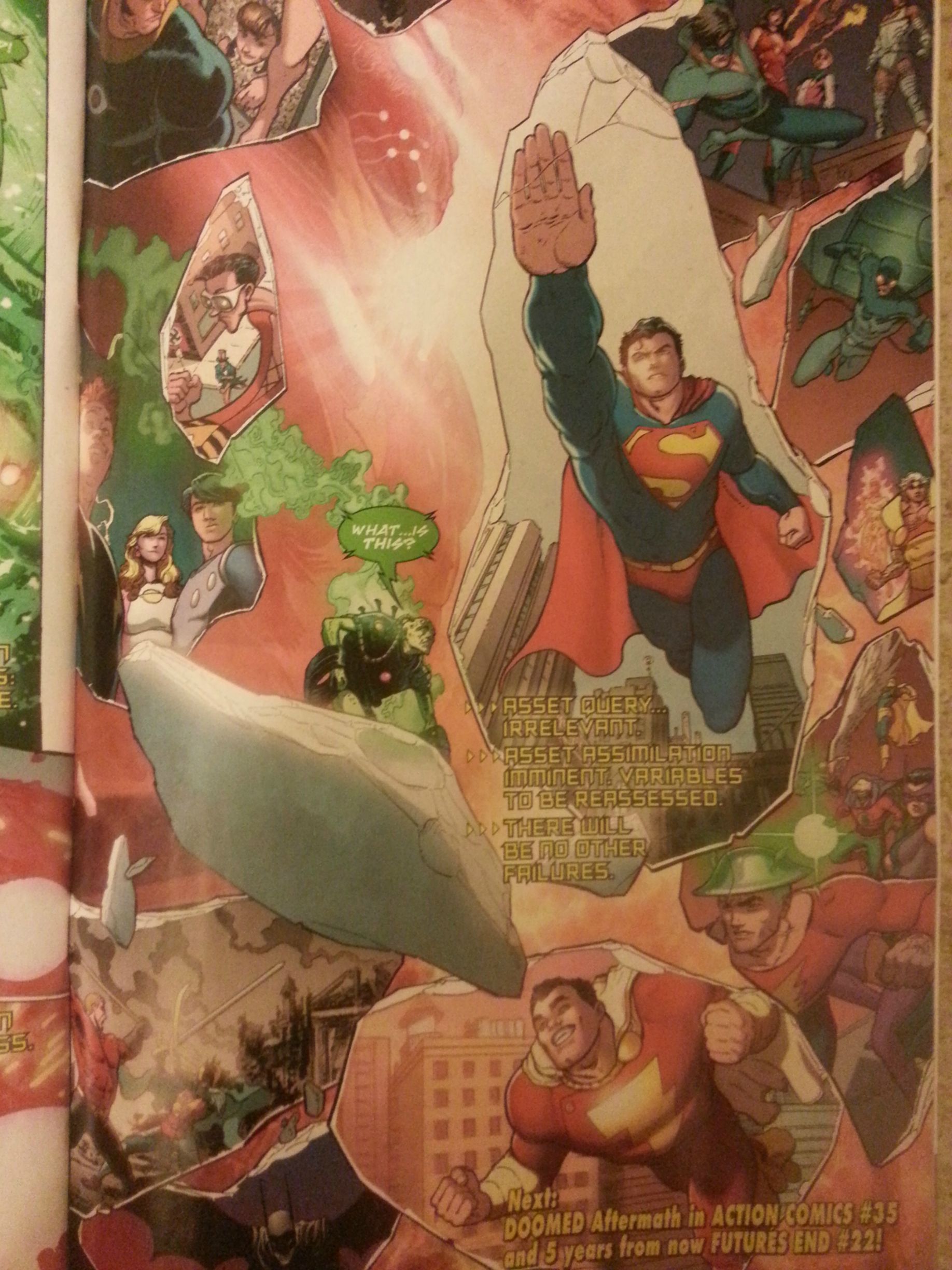 You can click on that for a bigger version.

It seems likely that each of the "shards" above is a different world in the DC Multiverse. You can see the pre-Crisis on Infinite Earths Earth-2 with the Justice Society of America in their classic garb and accompanied by the original Huntress; Captain Marvel with a Big Red Cheese-style grin, suggesting Earth-S, perhaps? You can see the vampire Batman from Kelley Jones's popular Elseworlds stories, as well as the war between Wonder Woman and Aquaman in Flashpoint. The Ted Kord Blue Beetle (from the old Charlton Comics Earth-5?) rappels out of the bug like he did on the cover of his '80s series.

Most have been assuming that there would be some kind of Crisis-level event at DC next year in recognition of the 30th anniversary of Crisis on Infinite Earths. This certainly seems to confirm those suspicions.

"What does that have to say about what universe Justice League 3000 is taking place on?" Justice League 3000 co-writer Keith Giffen said of that title recently. "Maybe a universe where, if you went back and looked at Superman in the 21st Century, he might be wearing his underpants on the outside."