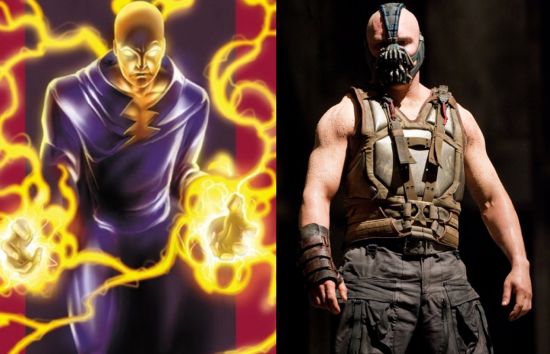 When the lights went out last night at the Super Bowl, many took to Twitter to share their theories. Not surprisingly, several tried to lay the blame on comic book supervillains. Bane from The Dark Knight Rises was the most popular choice for being the culprit behind the blackout, given it seemed to match rather well with a scene from this summer's blockbuster. Laying the blame on Bane became so popular that NBC News even picked it up as a story.

Amazing Spider-Man director Marc Webb even got in on the action. Of course, Webb felt the blame lay with a Spider-Man villain rather than a Batman villain. After the blackout, Webb tweeted, “Electro?”  He followed it up tweeting “This is only the beginning. #electro” before ending with “Apparently Electro is a 49rs fan. #electro”

And while Marc Webb’s tweets might have had many thinking the blackout was the beginning of the Amazing Spider-Man sequel’s viral marketing campaign, the Marvel Entertainment Twitter account offered up a different theory. Marvel retweeted a tweet by Brian LePore who wrote, “The Super Bowl power outage was clearly done by @Marvel to give us time to head to #Facebook and watch the extended #IronMan3 spot.”

WandaVision’s Kathryn Hahn on Keeping Marvel Spoilers a Secret: “I Didn’t Want to Pull a Ruffalo”

WandaVision: Elizabeth Olsen Won’t Say if Scarlet Witch and Vision’s Twins Will Grow Up to Be Young Avengers