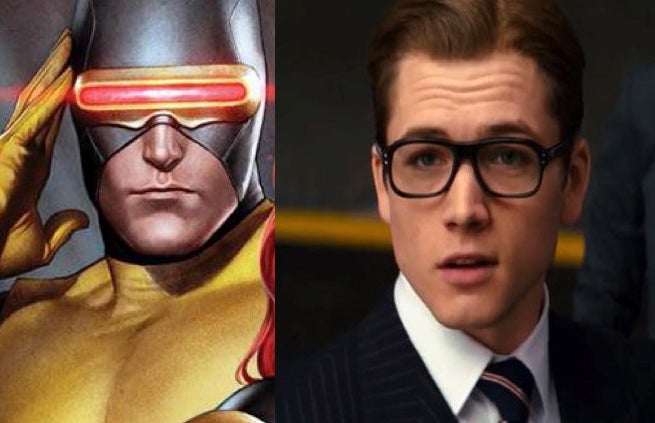 Taron Egerton has confirmed that he will not play Cyclops in the upcoming X-Men: Apocalypse movie.

In an interview promoting his new film Kingsman: The Secret Service (a comic book film directed by X-Men: First Class’ Matthew Vaughn), Egerton was able to reveal that he is out of the running for the rumored role of a young Scott Summers/Cyclops.

Egerton surfaced as a frontrunner for Cyclops  a few weeks ago, along with the rumors that a young Jean Grey and Storm would also appear in the film. X-Men: Apocalypse will take place in the eighties, allowing the franchise to recast some of the original X-Men as younger versions of themselves. Egerton said that he is a fan of the X-Men franchise, and would love to someday portray Cyclops, but ultimately deemed the rumors as false.

And since Cyclops is off the table, Egerton said that Spider-Man is another character that he’d love to play, if given the choice. He quickly dismissed the idea however, thinking that Andrew Garfield has done a fine enough job in The Amazing Spider-Man franchise. But, with rumors swirling that Garfield’s turn as Peter Parker may be over, Egerton could technically have a shot at the wall-crawler.

Check out his full discussion on the matter with MTV UK below.

Kingsman: Secret Service opens on February 13th, and X-Men:Apocalypse hits theaters in May 2016.