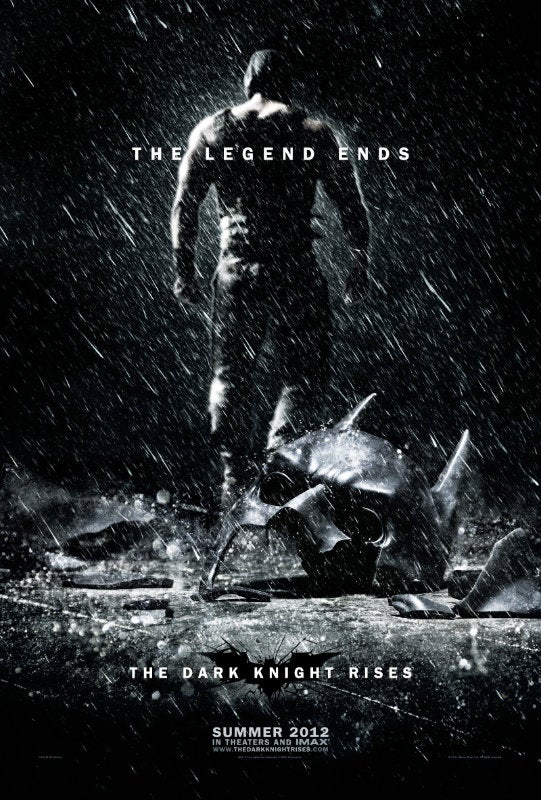 According to special features on the Blu-ray release of The Dark Knight Rises, due out on December 4, the first major fight between Batman and Bane in the film was filmed using practical locations, with Tom Hardy and Christian Bale doing all of the combat work themselves rather than handing it off to stunt doubles.

"Tom Hardy and Christian Bale did a huge amount of work to do everything in the fight themselves," director Christopher Nolan said on the film's "Batman vs. Bane" mini-documentary. "When it came to shoot it, it was pretty remarkable to see how well they were able to perform that together."

The filmmakers said that if you can tell it's the actual actor, it's easier to get emotionally invested in the character, and the fight means more.

"Certainly in other films it would fall to the stunt person," Editor Lee Smith said. "But you never really buy it--you can see that it's them."

"It's a transitional fight," explained co-producer Jordan Goldberg. "It shows you the nature of who these guys really are--who they will be through the course of this film."

For their part, the combatants seemed to enjoy it, as well; Bale said that Hardy's previous combat experience in movies like The Fighter served him well, and Hardy's only concerns had nothing to do with Bale.

"When you're hitting somebody in the Bat suit, it's just rubber and plastic and it hurts your fists," said the actor with a big grin on his face. "Those suits are heavy to wear, and fighting in them is tiring, but it looks really good."

The Dark Knight Rises will be on DVD and Blu-ray December 4.

The Dark Knight Rises' Backbreaking Showdown Was Done Without Stuntmen