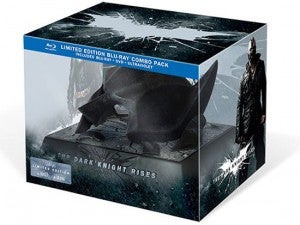 December 4, 2012 is a Tuesday which is the usual day for new DVD releases in the United States. Of course, many stores are likely to have special midnight events or openings to celebrate the release.

According to Entertainment Weekly, The Dark Knight Rises will be released on Blu-ray combo pack, DVD, and digital download. There will also be a limited edition Blu-Ray Bat Cowl collectible package.

As far as extras, The Dark Knight Rises Blu-Ray combo pack will include a documentary about the Batmobile and a feature called Ending the Knight, which consists of about 17 featurettes on how Nolan and his production team made The Dark Knight Rises. There will also be a featurette called The Journey of Bruce Wayne on both the Blu-Ray and the DVD. In addition, there will be trailers and art galleries. 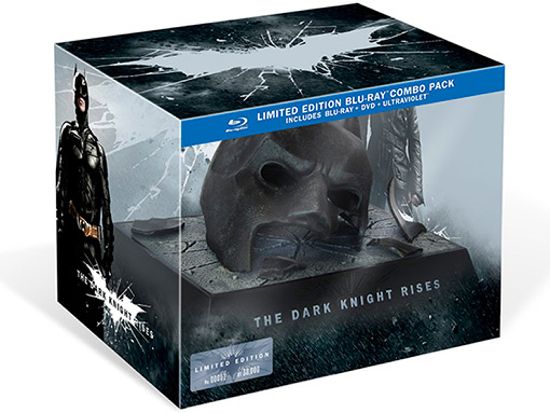