Yes, it's finally here. Warner Bros. has released the first official teaser poster for the much anticipated The Dark Knight Rises movie, and it's epic. While you might expect the poster to feature one of the stars of the movie like Christian Bale as Batman or Tom Hardy as Bane or Anne Hathaway as Catwoman, the actual poster actually doesn't contain any human beings. 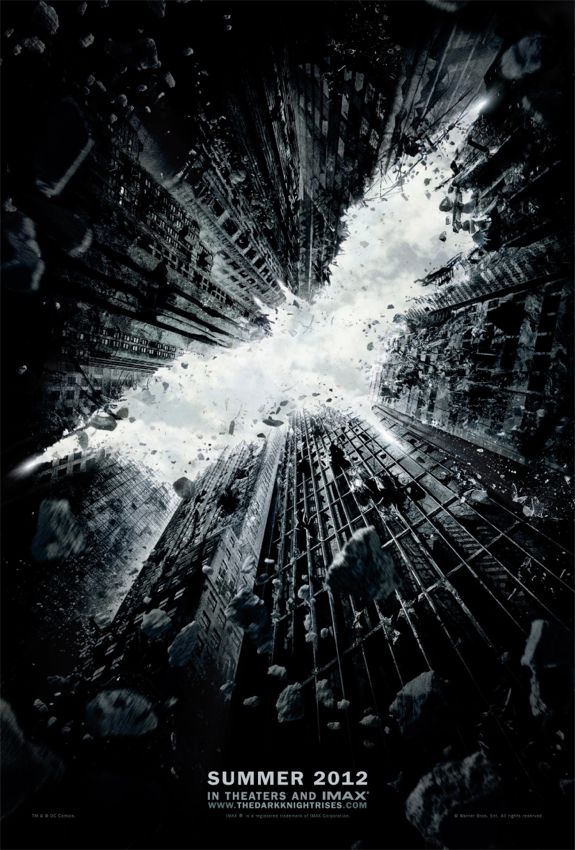 The first poster for The Dark Knight Rises instead shows several buildings crumbling in a way to form the familiar Batman logo. The crumbling buildings are somewhat reminiscent of Inception, which was another popular Christopher Nolan movie.

The Dark Knight Rises Poster Unveiled And It's Epic