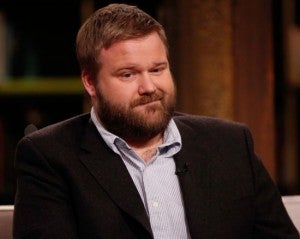 In the video, Robert Kirkman says, "The energy on set is I think higher than it's ever been." Norman Reedus, who plays Daryl Dixon, adds, "It's one of those dream jobs, where every department is on point." Steven Yeun, who plays Glenn, explains, "We all want to get to story telling and beating and one-upping what we did last year." Andrew Lincoln, who plays Rick Grimes, claims, "The scripts this season are beyond great. They're deeper, darker. I don't know how these guys do it in the writer's room, but it keeps getting bigger and bigger and bigger."

Other secrets revealed in the behind the scenes video include that the prison has evolved, the survivors have gone through another winter, and Rick is farming now. The Walking Dead Season 4 will premiere on AMC on October 13, 2013 at 9 PM ET.

The Walking Dead Season 4 Behind The Scenes Video