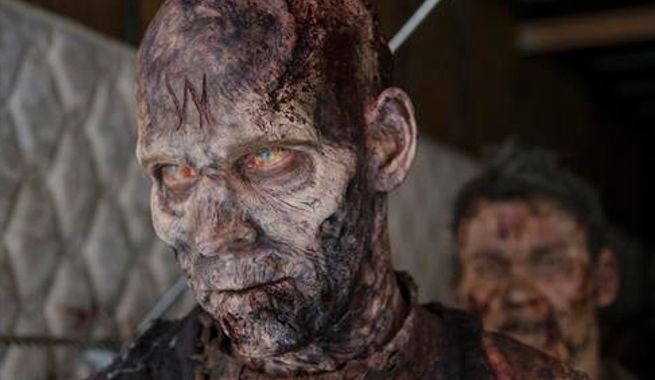 Just as many fans have guessed already, the main bad guys of the next bit of AMC's The Walking Dead will be The Wolves -- and they're going to make themselves a threat in part by building a zombie army to insulate themselves from other survivors.

"We set up the Wolves in Episode 16. I love those characters," Nicotero told Melty. "The fact that you have people that are basically utilizing the people that they kill as ammunition to build a zombie army? We see them in Episode Nine when they get to Noah's neighborhood and we see the 'Wolves not far' in the background, and when the W-man at the beginning says to Morgan, 'Well, we're going to take you, too, but you're not exactly going to be alive,' we realize through the course of the episode that they are setting booby traps everywhere so that they can take people's possessions and then use them as a means to build the walkers in the traps, so it's kind of a diabolical plan."

The Walking Dead Season 6: Wolves Are Building A Zombie Army According To Greg Nicotero