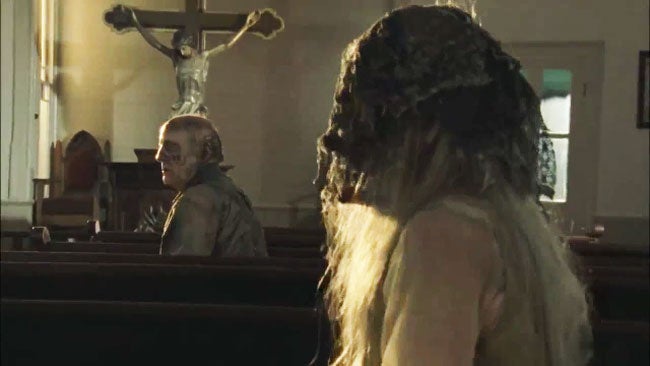 Never before has Communion sounded so "vile," to use Chris Hardwicke's terminology.

"He who eats my flesh and drinks my blood has eternal life," says the Bible verse over the arch in Father Gabriel's church.

In a show about flesh-eating monsters.

In an episode about cannibals.

That is an actual Bible verse, from John 6:54, and it refers to sharing in the Eucharist by partaking of the consecrated bread and wine, an action seen as entering into a particularly close relationship with Christ. While "Communion" actually has a broader technical definition, sharing in the Eucharist is commonly referred to as "taking Communion."

The role of faith on AMC's The Walking Dead is one of the things that's been pretty well-explored. While this is at least the second church we've seen the characters in (see above for an image from Season Two), arguably the most-loved and most respected character in the series for a long time was Hershel, whose faith informed his actions even after he began to privately question what God's plan could possibly be in this world.

The hymns and psalms on the wall beneath the arch in Father Gabriel's church also all pertain to John 6:54, according to Talking Dead, although so far we haven't found a version of the episode in sufficient resolution to read what any of them were. 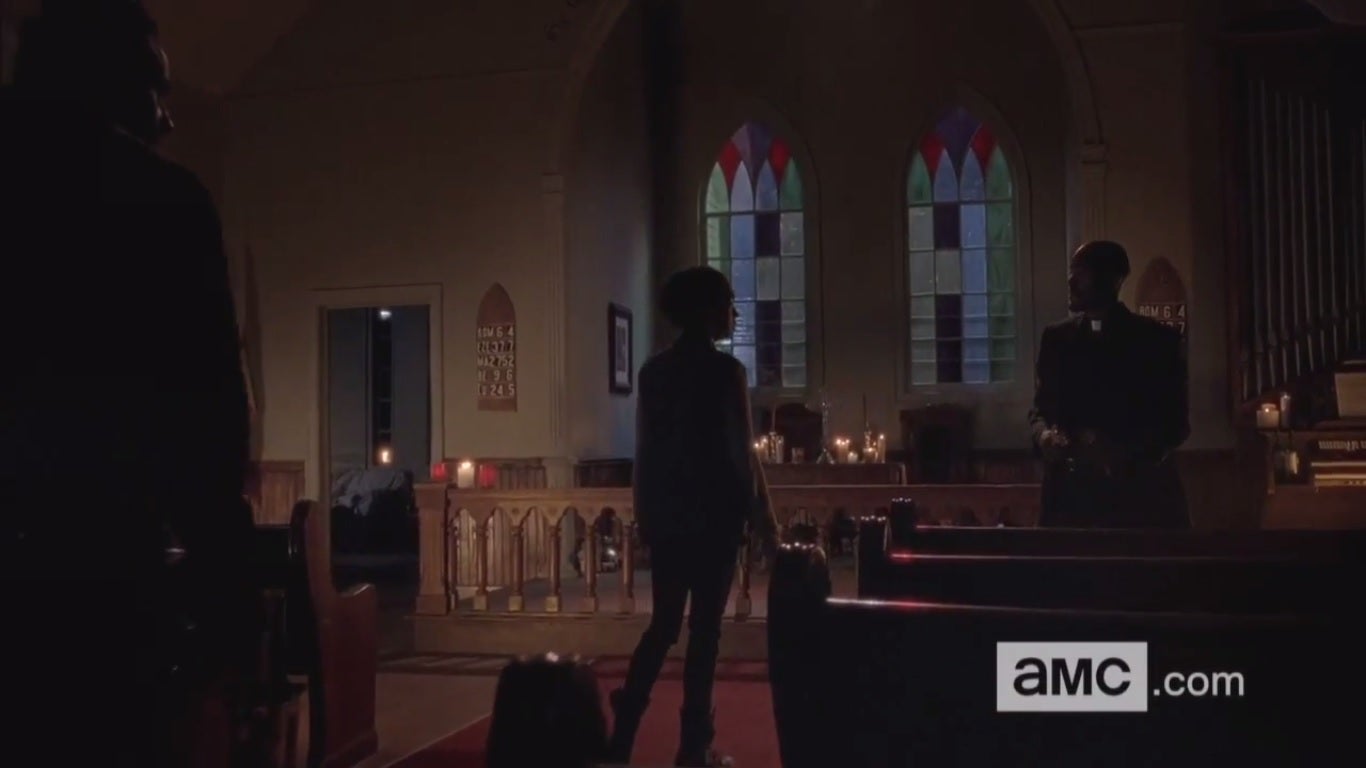 UPDATE: The preview for next week's episode features the screen capture above, allowing us to comment somewhat on the hymns and psalms.

Romans 6:4 - We were therefore buried with him through baptism into death in order that, just as Christ was raised from the dead through the glory of the Father, we too may live a new life.

Ezekiel 37:7 - So I prophesied as I was commanded. And as I was prophesying, there was a noise, a rattling sound, and the bones came together, bone to bone.

Matthew 27:52 - And the tombs broke open. The bodies of many holy people who had died were raised to life.

Revelation 9:6 - And in those days men will seek death and will not find it; they will long to die, and death flees from them.

Luke 24:5 - In their fright the women bowed down with their faces to the ground, but the men said to them, "Why do you look for the living among the dead?"

As an added bonus, Ezekiel is one of a number of major The Walking Dead characters from the comics who hasn't yet appeared onscreen.

Square Enix Denies Being Up for Sale