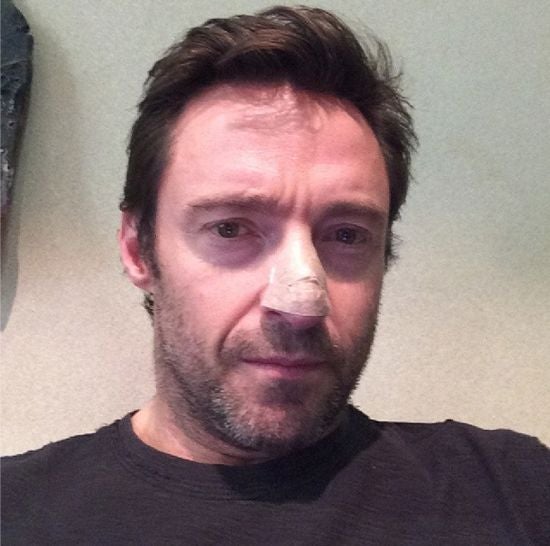 Hugh Jackman has a reputation for being one of the nicest guys in show business. While filming X-Men: Days Of Future Past, Hugh Jackman and his wife Deb donated ten grand to a Montreal Children's Hospital on behalf of the film's cast and crew.

So it shouldn't come as a surprise that Hugh Jackman is sharing some information about a personal health issue in hopes of raising cancer awareness for others. Earlier today, Jackman posted the photo above of himself with a bandaged nose. Jackman also wrote, "Deb said to get the mark on my nose checked. Boy, was she right! I had a basil cell carcinoma. Please don't be foolish like me. Get yourself checked. And USE sunscreen!!!"

Basil cell carcinoma is the most common form of skin cancer. While basil cell carcinoma rarely proves deadly, it is considered malignant and can cause significant disfigurement. Luckily, Jackman appears to have caught it early thanks to his wife's prodding.

John Cena Wrestled After WWE Raw Went Off The Air

Disney Princess Apple iPhone Collection Is About to Launch from Casetify

Best Look At Batman's Motorcycle In The Flash Revealed