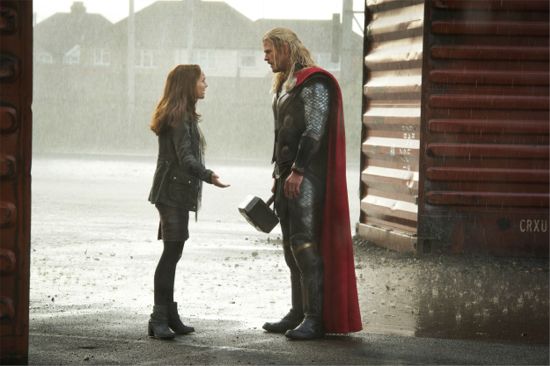 Marvel Studios has just released a brand new clip from Thor: The Dark World, which focuses on the reunion between Thor and Jane Foster. In the clip, Thor faces the repercussions of having ignored and not contacted Jane in so long.  When Jane first walks up to Thor, she slaps him across the face. Jane apologizes, "Sorry, I just needed to make sure you were real. It's been a very strange day." Then, Jane slaps Thor for a second time, but the second slap is a little more personal. Jane demands, "Where were you?" Check out the video below to find out Thor's excuse.