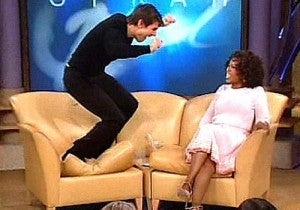 In what's being seen by industry insiders as a vote of confidence in the film and its prospects as a tentpole franchise, the upcoming Tom Cruise vehicle One Shot, adapted from the Lee Child novel of the same name, has been retitled to Jack Reacher, according to a report at The Wrap.

The move was made today, possibly with an eye toward being able to put "Jack Reacher and..." in the sequel titles. Reacher is the name of the lead character in not only One Shot, but a series of bestsellers written by Child since.

Says The Wrap, "Reacher is an ex-service member who must unravel the mystery of a sniper who stands accused of killing five people. The project also stars Richard Jenkins, Rosamund Pike, Robert Duvall and director Werner Herzog." Reacher has appeared in 16 novels so far, the most recent being The Affair, which just hit paperback in March.

The Lord of the Rings J.R.R. Tolkien Illustrated Edition 40% Off Deal is Back

Marvel Fans Show Off Their Versions of Thor’s Stormbreaker