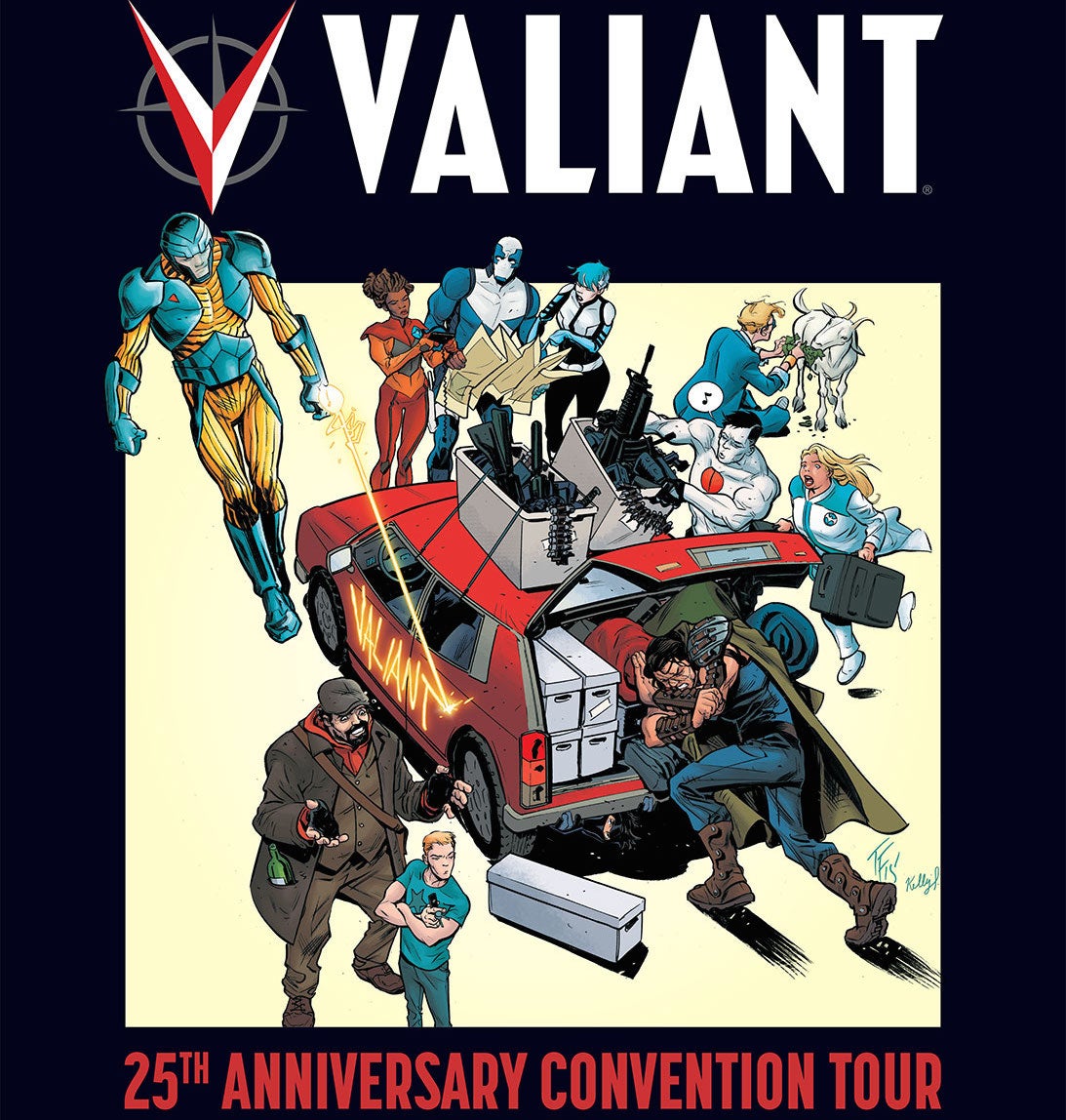 Much like they’ve done with their impressive publishing line, Valiant Entertainment is re-writing the rules on how to celebrate an anniversary. In honor of their 25th year on planet Earth, the revitalized company is launching an exhaustive anniversary tour across several different conventions, fairs, and more.

The festivities kick off this weekend at the Emerald City Comic Con. With guns blazing like their nanite-infused hero Bloodshot, the company hold a strong presence with convention exclusives, special announcements and new, and a line-up of top talent. Take that, Justice League.

In the gallery below, take a look at the exclusive swag up for grabs at the convention, including Ninjak #1 ECCC Exclusive Variant, Bloodshot Reborn #1 ECCC Exclusive Print, and Valiant’s 25th Anniversary Convention Tour poster.

New to the Valiant Universe? Then join a panel of Valiant staff and creators on Friday, March 27th at 4 pm in Hall C (TCC 301) for Valiant 101: The Story Starts Here – a step-by-step panel presentation detailing the origins of X-O Manowar, Bloodshot, Ninjak, Dr. Mirage, and more of Valiant's top heroes and villains.

Then, on Saturday March 28th at 6pm in Hall C (TCC 301), get the inside track on all of Valiant's silver anniversary plans with the Valiant: 25th Anniversary Celebration! From epic events of THE VALIANT to the launches of NINJAK and BLOODSHOT REBORN, find out what's coming next for the Valiant Universe's greatest heroes with an all-star panel presentation featuring writers James Asmus (QUANTUM AND WOODY MUST DIE!), Matt Kindt (NINJAK, DIVINITY, RAI), Jeff Lemire (BLOODSHOT REBORN), Jen Van Meter (THE DEATH-DEFYING DR. MIRAGE), artist Mico Suayan (BLOODSHOT REBORN), and Valiant Chief Creative Officer Dinesh Shamdasani.

Want to know where Valiant is coming at a city near you? Check out these dates!

We don't know about you, but we think Valiant should turn 25 more often.