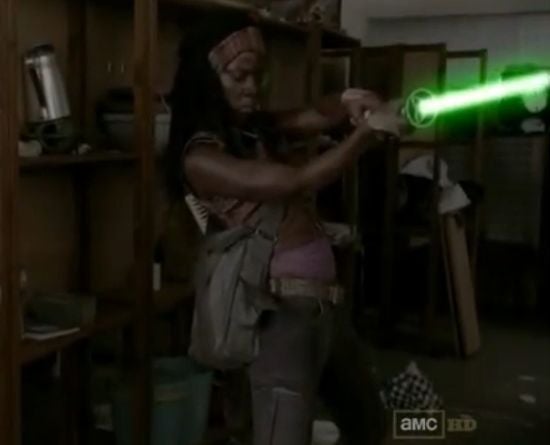 With Kirkman’s Star Wars obsession, we couldn’t help but thinking how cool it would be to see a Walking Dead meets Star Wars crossover. However, something tells us that Disney would probably never go for the graphic scenes of violence that are common place on The Walking Dead.

Our only hope of ever seeing the two franchises crossover is likely with tribute videos on YouTube. Fortunately, a YouTube user with the handle Scott C. did this great mashup showing The Walking Dead’s Michonne wielding a lightsaber instead of her katana.