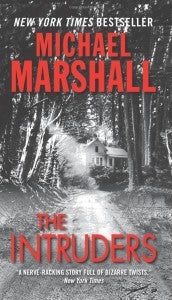 BBC America have ordered an eight-episode limited series based on Michael Marshall Smith’s 2007 novel The Intruders, from former The X-Files writer Glen Morgan.

Deadline reports that the series centers on a secret society devoted to chasing immortality by seeking refuge in the bodies of others.

Besides The X-Files, Morgan has also served as a writer and producer on Bionic Woman, Tower Prep, The River and Those Who Kill. He wrote the film Final Destination, which has spawned a franchise at New Line, as well as the notorious pilot for the X-Files spinoff The Lone Gunmen, in which the titular heroes have to prevent hijacked airplanes from crashing into the World Trade Center. Written before 9/11, the episode aired in early 2001 and never again.