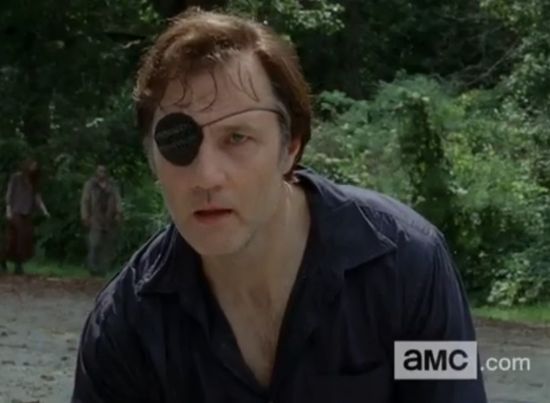 's David Morrissey, who plays the dangerous lunatic known as The Governor, is apparently married to a descendant of famed psychiatrist Sigmund Freud. Leaving aside your Bill and Ted's Excellent Adventure references for a moment, we'll point out that in a new interview with AMC's website, the actor was asked what Freud might think of his most famous character. HIs response was unsurprisingly thoughtful. "I think an analyst could take a lot of money off the Governor! I don't think he's a one session guy," joked Morrissey. "There's probably a lot going on there. He seems to have a bit of a megalomaniac side, and I think he's quite angry at the world, which is giving him quite a lot to be angry about. In that Darwinian way, I think there's an element of survival of the fittest in The Walking Dead. And sometimes you think about the fittest as someone who can run the fastest, and has the biggest muscles. Of course, the fittest is who can adapt most quickly to their surroundings, and I think that's what happens with the Governor. He's able to adapt very quickly to new situations that he finds himself in."