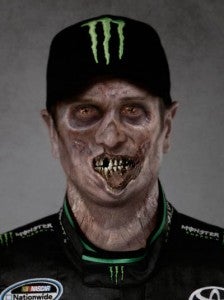 Yesterday, AMC announced a joint effort with the American Red Cross to generate awareness of blood drives around the country by creating a series of ads featuring celebrities made up as zombies from The Walking Dead. Something like "Use your brains--donate blood!" was the theme. Well, today, we've got nine of the photos already out there, including NASCAR driver Kurt Busch (left) and Lord of the Rings director Peter Jackson. Check them out below! What's worth noting is that many of these people seem to have exposed teeth. Perhaps it's just not been as obvious since the show doesn't usually have commercial lighting, but it seems more exposed teeth than usual. Maybe that's something that the makeup and effects guys are going to be doing a lot of this season, considering how long it's been since some of the zombies have died now in the show's timeline. [caption id="attachment_28257" align="aligncenter" width="532"] 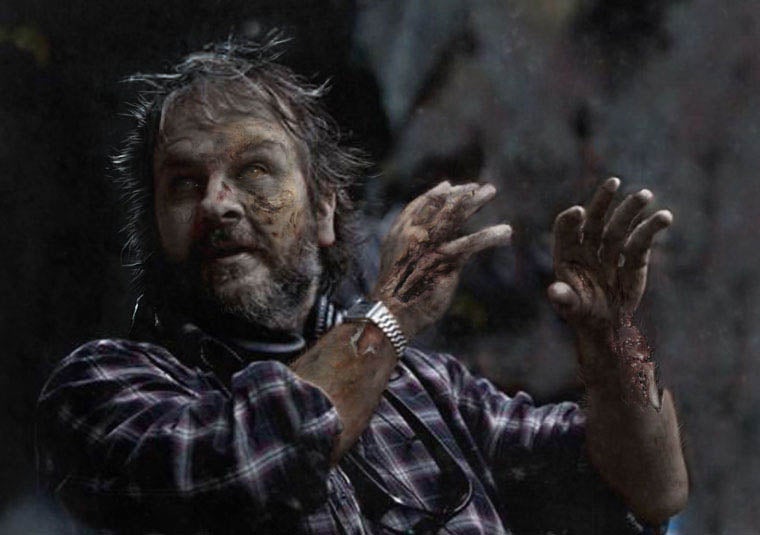 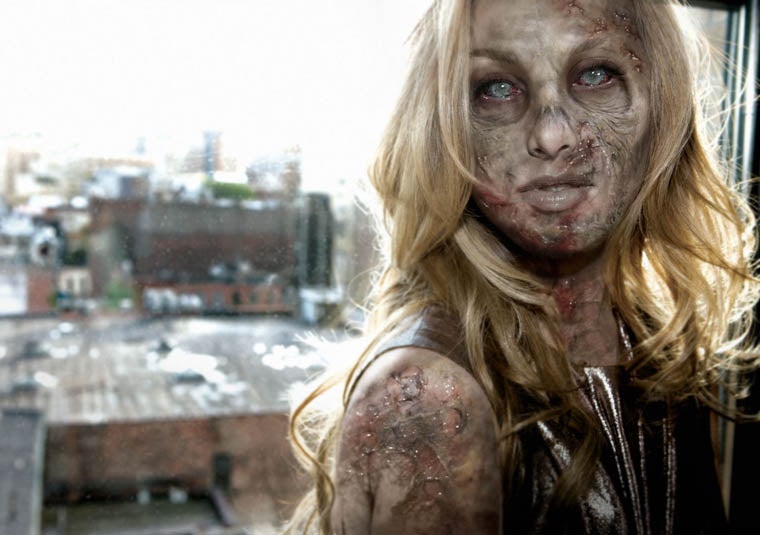 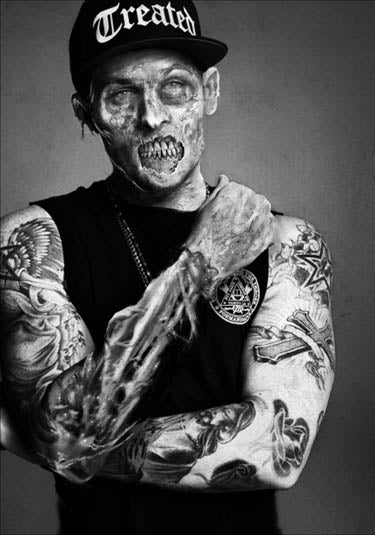 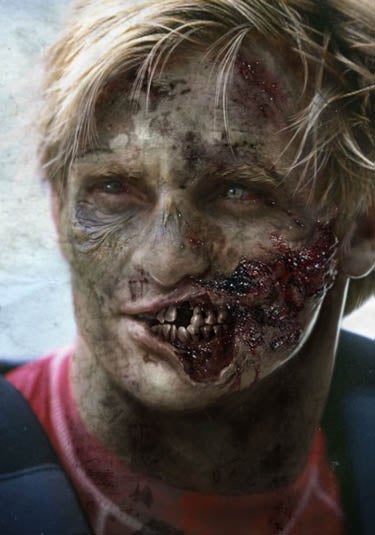 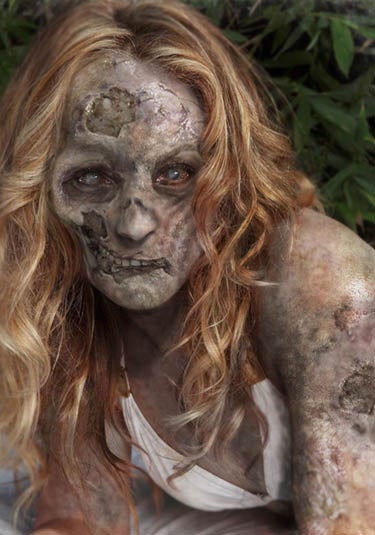 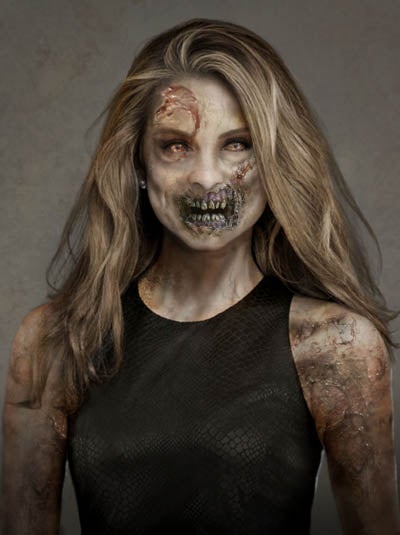 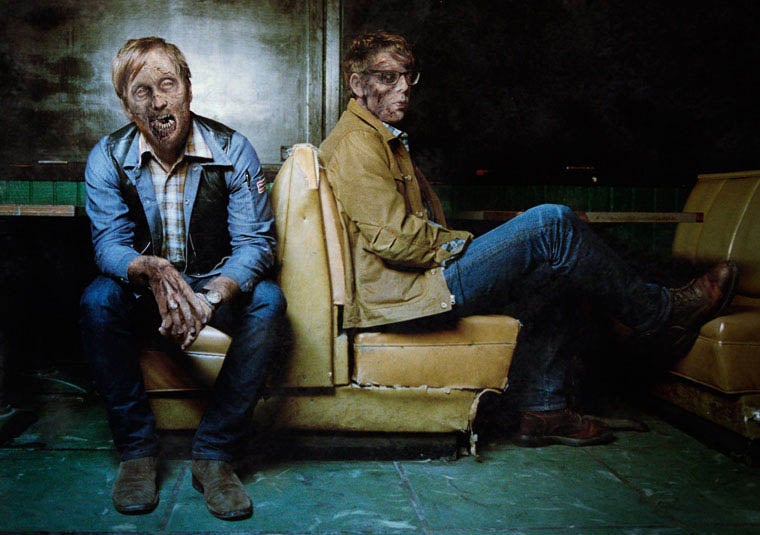 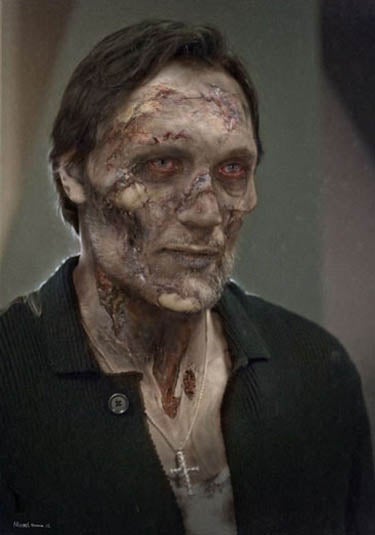