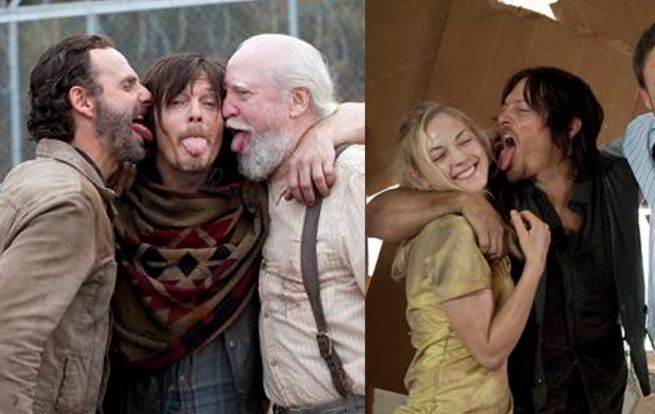 The Walking Dead's Norman Reedus appeared on Tuesday night's CONAN, where he talked about his love of licking people.

"It started because I started licking my castmates and Denise Huth, who is one of our producers. And then she would be like, 'Don't lick me.' And it became a thing," said Reedus. "Then I went to London, and I took a bunch of selfies with monuments and stuff, where I was licking monuments or like Charlie Chaplin guys on the street or whatever."

Reedus added, "And then it became my...what do you call it...urban dictionary thing."