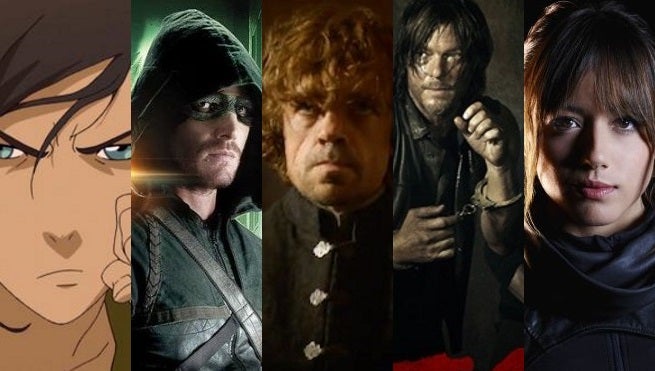 2014 Was a huge, game-changing year for televised entertainment based on comic books. Where you could count all of the television series based on comics on one hand last year, this year the number has doubled, with more just over the horizon.

Of course, comic book TV doesn't exist in a vacuum. It has plenty of completion from other genre fiction series of a wide variety. In other words, no matter where your particular tastes lie, there's likely a series currently on the air that you can't just get enough of. 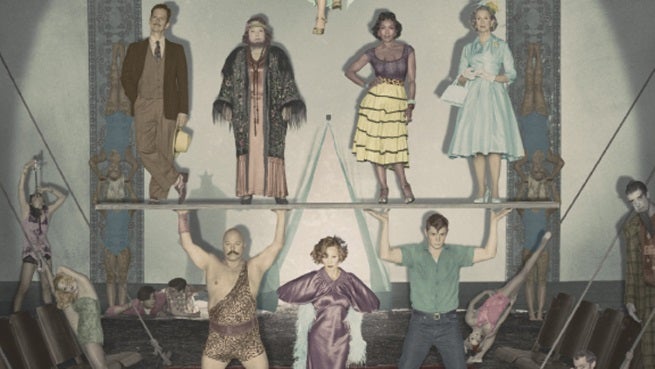 From Twisty the Clown to Lobster Boy, American Horror Story continues to offer up the bizarre twists and turns that always keeps it at the top of the social media conversation. With Neil Patrick Harris set to make his debut on the show, things are likely only to get even better. - Joe Comicbook

NBC's Constantine had perhaps the hardest road to navigate this year; based on a beloved and long-running Vertigo series, the network announced up front that the chain-smoking protagonist couldn't be seen lighting up on screen, and that became emblematic for what many assumed would be a dumbed-down version of Hellblazer.

They've done remarkably well hewing to the scripture, such as it is, though, and it's clear when you hear them talk about the series that everyone involved loves the source material very much. The result? An entertaining and often very dark and clever series. - Russ Burlingame 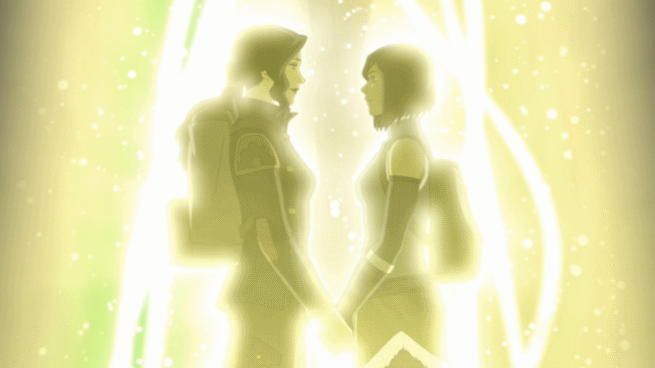 When the Legend of Korra was first announced, it sent a shockwave through fans who longed to return to the world of Avatar: The Last Airbender. That excitement was followed by questions and doubt. How could this follow-up ever stand in the shadow of what had come before?

And yet, over the course of four books and 52 episodes, Korra introduced us to as complex and endearing a cast of characters as has ever been seen in western animation. The series' refusal to adhere to genre narrative conventions - particularly in its refusal to force a successful male-female romantic relationship, and its subversive final scene – is commendable, and it's inclusion of such heavy themes as post-traumatic stress disorder was bold.

The Legend of Korra has had a turbulent television run, being shuffled off the air to a streaming only platform while in the middle of airing Book 3, and being forced to essentially sacrifice an entire episode to budget cuts in Book 4. Despite all of that, it's provided some of best all-ages storytelling and animated television that we've ever seen, the kind that doesn't talk down to its audience or feel obligated to soften its narrative punches. The Legend of Korra will be missed, and it deserves to stand shoulder-to-shoulder with its predecessor. – Jamie Lovett 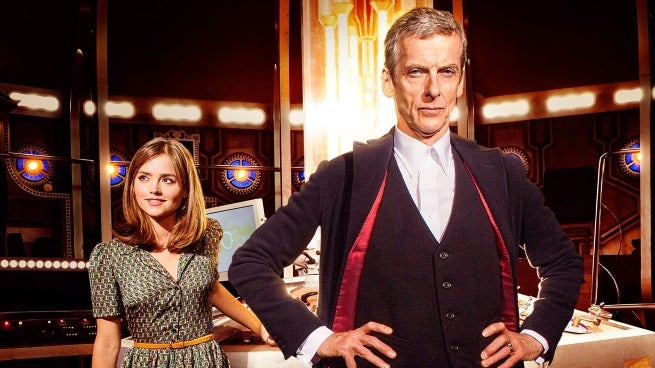 Any series of Doctor Who that introduces a new Doctor is an exciting one. You just never know what kind of lead character you'll end up with, and what kind of adventures he'll go on. Peter Capaldi definitely brought something unexpected to his portrayal of the Twelfth Doctor. Gone are the boyish charms of David Tennant's Tenth and Matt Smith's Eleventh Doctors, replaced by a severity that demands more from the Doctor's companions and audience.

The 8th Series of "New Who" will be a polarizing one for many fans, as it is showrunner Stephen Moffat at his most Moffat, and, as with all series past, the series had at least one or two forgettable episodes. But it also had "Listen," the best episode of Doctor Who since "The Eleventh Hour," and an engrossing season-long arc that heralded the return of one of the Doctor's mightiest foes. Capaldi won our hearts as the new Doctor, and we can't wait for his return. – Jamie Lovett

The Flash is a completely unironic superhero series, with colorful costumes, incredible superpowers, and characters that wear their emotions on their sleeves. Grant Gustin's Barry Allen, while firmly rooted in DC's mythology, is actually reminiscent of Marvel's Peter Parker: a young, earnest, geeky young man who comes into power he never asked for and is first to learn to balance power and responsibility. It's a fair comparison, and one that I'm totally okay with because the stories being told with the character have been so solid so far.

The Flash has mystery, romance, superhero action, mad science, and a whole lot of heart. It's fun and engrossing to watch, and the cliffhanger endings only make it harder to wait for each new episode. This is DC Comics television done near perfectly. – Jamie Lovett 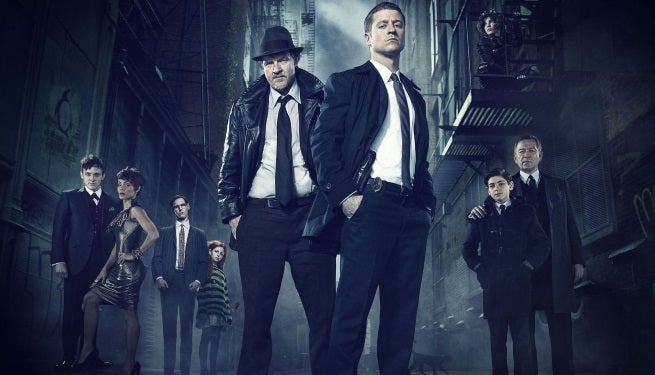 A new Batman series without Batman was understandably met with much criticism. But the first half of the series silenced the naysayers. Gotham has showcased why the players of Gotham have withstood the test of time. - Dennis Upkins 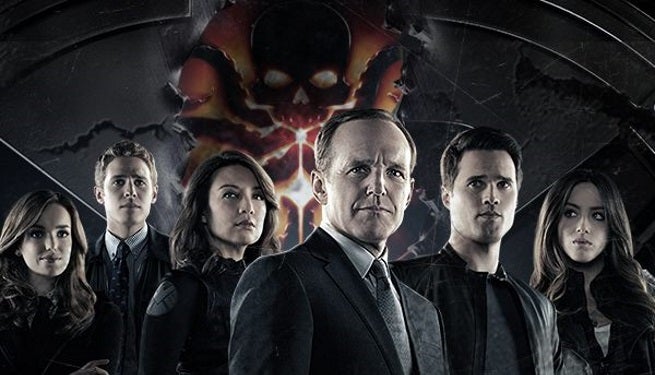 What a difference a season can make. While I, and many other fans, never thought Marvel's Agents of S.H.I.E.L.D.was as bad as many of its critics, it was hard to deny that what most fans saw in the series was unrealized potential. Every attempt to explain what was good about the show was surrounded by qualifying phrase and pleas to give it more time to find its footing.

Not anymore. From the Season 2 premiere, Agents of S.H.I.E.L.D.has found the sense of danger, tension, and forward momentum that it was missing in Season 1. The new cast members have added a needed texture to the ensemble cast, and characters that were once bland or helpless have come into their own, with their personas enriched by the emotional scars they earned in episodes past.

As Agents of S.H.I.E.L.D. enters its second midseason break, I'm no longer wondering if it will achieve its full potential. It is now the show it was always meant to be. Instead, I'm just eager to see what else it becomes. – Jamie Lovett 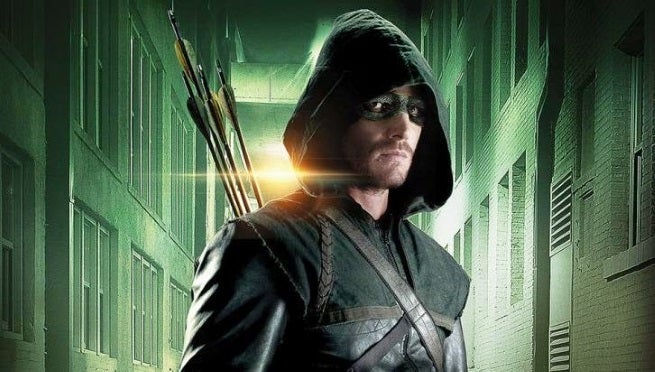 Oliver Queen's journey is getting to the point where it could easily have become somewhat old hat, but the showrunners have combated that with a season full of mystery, intrigue and one of the DC Universe's most notorious villains.

Mix in the fact that they've started to embrace the "super" part of superheroics, they're moving the costume and personality of the hero ever closer to his "comic book destiny" and even hinting at future events like the birth of Connor Hawke...and you've got a pretty compelling show. - Russ Burlingame 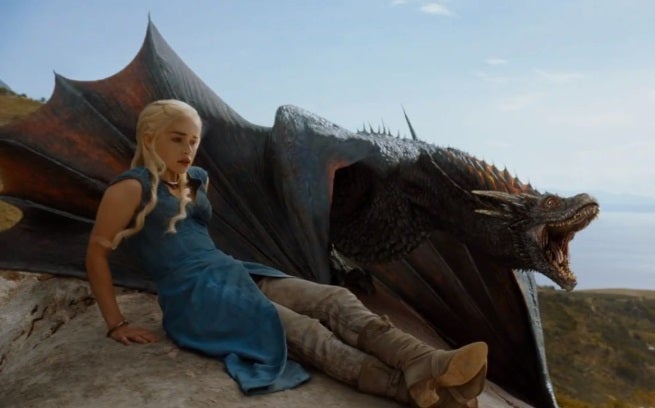 HBO's Game of Thrones had a banner year, with Season 4 averaging over 7 million viewers per episode. The series also made bold narrative decisions, bucking tradition by staging one of the season's defining moments in the second episode, and by going completely off book from George R.R. Martin's source material on multiple occasions.

Of course, not every decision was for the best. Some of the changes resulted in dramatic moments that didn't quite hit their mark (Ygritte and Jon Snow's reunion), or scenes that caused justified outrage (Jaime and Cersei Lannister's reunion), but, on the whole, Game of Thrones Season 4 redefined what fans can expect from the series, in the sense that no one knows what to expect anymore.

Book readers are slowly losing their smug sense of precognition, as it becomes more and more difficult for even them to know what's coming next from the series. As Game of Thrones creeps ever closer to catching up with the narrative in Martin's A Song of Ice and Fire novels, it's impossible to tell where showrunners D.B. Weiss and David Benioff might take this fantastic cast of characters next, and that makes for exciting television. – Jamie Lovett 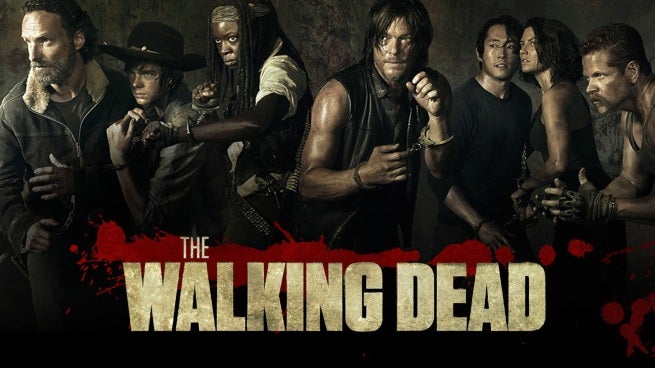 TV's biggest series is based on a comic book -- and it has nothing to do with superheroes.

Really let that sink in; it wasn't that long ago that it would have been basically inconceivable. Robert Kirkman's apocalyptic drama has defied expectations for five years now, and it just keeps getting bigger and better.

Over the past calendar year, the show has had some of its most brutal moments -- and some truer to the comics than anything we'd seen before. Coming next? Apparently a truly massive shift in the status quo that should make for some interesting conversations with the non-comics-reading audience members. - Russ Burlingame