When it comes to Dragon Ball Super, plenty of brand-new characters were introduced to fans, but few have become as popular as Beerus. The cat-like God of Destruction returned to the franchise following his cinematic debut in Dragon Ball Z: Battle of Gods, and he has become an unwitting ally to Goku and his friends. As an all-new saga of Dragon Ball Super prepares to make its debut, fans are wondering what the other universes’ gods of destruction will look like.

UP NEXT: Dragon Ball Super: Who Are The Other Gods Of Destruction?

So, it’s time to get hyped. Fans have finally been given a look at one of the brand-new gods of destruction and their angel overseer.

In the most recent issue of Dragon Ball Park Monthly, fans were teased with an image of the duo. Unlike Beerus, the yet-named god looks more humanoid thanks to his short stature and classic features. If anything, the unknown character looks like a hobbit with his bushy facial hair, but his clothing looks properly Egyptian.

As for the angel, he looks similar to Whis, but the new characters looks more strict than the eccentric angel. Dressed in brown robes and carrying a staff, the unnamed angel carries the same sort of gravitas that Vados holds without much of the overt sass.

So far, fans know little about the gods of destruction. They already know Beerus and Champa oversee those universes with the help of their angel attendants Whis and Vados. However, there are 10 other universes who must be accounted for, and all of them will soon be introduced.

The only hints fans have received about the Gods involvement with Dragon Ball Super have come from Toei Animation’s trailer for the “Universal Survival” arc. The trailer showed Beerus in the company of Shin, Universe 7’s Supreme Kai. As for the Supreme Kai, fans will most certainly learn more about those who fill the position. Audiences have been introduced to the Kai of Universes 6, 7, and 10, so fans will learn about the other universes’s overseers given their close relationship with the Gods of Destruction.

In February, Dragon Ball Super's story arc is set to kick off with the ‘Universal Survival’ saga. You can check out the brief synopsis for it below:

“At Goku’s request, the Omni-Kings’ “Tournament of Power” martial arts tournament between universes now begins! …But this also proves to be the beginning of universal destruction. What awaits the victors of this tournament, and the vanquished…?! How will these intense team battles between the elites of each universe turn out…?!” 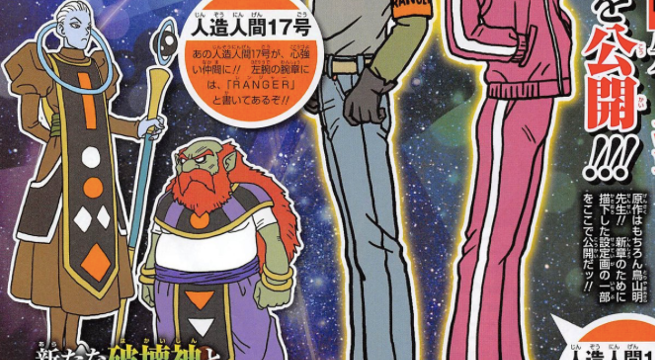 Attack On Titan: Who Could Eren Pass the Founding Titan To?

Dragon Ball Super: How Vegeta Can Save Goku From His Latest Mess

Junji Ito's Tomie Adapation Might Shut Down With Quibi