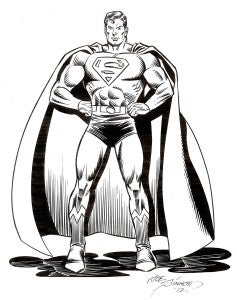 The next Albany Comic Con, a one-day affair at the Holiday Inn on Wolf Road, will be held on November 11, 2012, and will feature an original art auction to benefit the Ronald McDonald House charity.

At right and below, you can see sketches available in the auction from X-Men artist Tom Raney and legendary Silver Age artist Joe Sinnott.

Sketches of Superman-related characters, including Superman, Supergirl, Lex Luthor, Batman, Wonder Woman and more, highlight the auction. Sketches have been donated by notable artists including Joe Sinnott, Lee Moder, Paul Abrams, Fred Hembeck, Tom Raney, and Mark McKenna. This is the fourth charity auction held by the Albany Comic Con, and it's expected to be the largest in terms artwork available. The most recent auction raised $2,000. 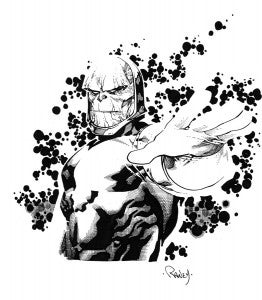 There is no charge to enter the auction, and all proceeds from the auctioned artwork will be donated directly to the Albany Ronald McDonald House. Admission to the Albany Comic Con is $5.00. We invite local media to come out for this event, and we thank you for helping spread the word about the charity auction for a very worthwhile organization.