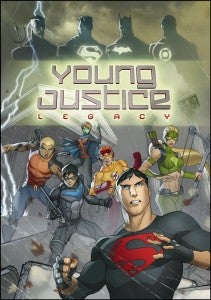 The developer also just announced their E3 lineup, including a full playable version of Legacy for the press in their meeting room this year. The game is now complete, including full online multiplayer and lots of voiceover from the show's cast. Little Orbit says they're fixing the last of the bugs to get ready for manufacturing before they start work on the DLC characters and extras.

You can check out the trailer below; the game streets on September 10.

Naruto's New Funko Exclusive Has Been Revealed by Hot Topic