Digs deep into the so-called Dyatlov Pass incident, which took place in the Ural Mountains in 1959. After a group of hikers failed to report back, search parties led by their peers and the Soviet Government uncovered their grizzly remains, which were found a mile from their shredded tent. It appeared as though the hikers fled into the freezing temperatures without their winter clothes or boots. Adding to the mystery, many of the bodies had suffered inexplicable injuries, and some even showed traces of radiation. The case was closed by investigators at the time, who declared that the hikers died from 'an unknown compelling force.' In the ensuing six decades, all manner of conspiracy theories have sprung up, involving everything from UFOs to a government murder and cover-up. The New Yorker recently explored the strange deaths in an exhaustive article that posited several explanation 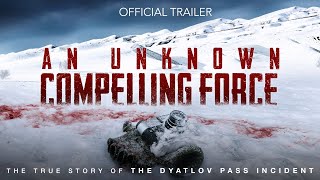