As the DigiDestined try to rekindle their friendship with their Rookie level partner Digimon, they briefly come across Meicoomon, who has retained her memories despite the reboot. While the others get along well with their partners, Sora has trouble reconnecting with a suspicious Biyomon. Later that night, as Tai and Matt try to console Sora, they are suddenly attacked by Machinedramon, whose attack disperses the DigiDestined and Digimon across the Digital World. Meanwhile, Nishijima investigates Himekawa's secret files and remembers her desire to reboot the Digital World to revive her own deceased partner Megadramon, who was unable to recompose into a Digi-Egg after death. He is then approached by Hackmon, who relays a warning from Homeostasis that Yggdrasil corrupted Gennai and is targeting "Libra" or Meicoomon. Sora and Biyomon end up in the desert, where they meet Meiko, who came to the Digital World in search of Meicoomon. When Meicoomon attacks them out of resentment, Meiko manages to placate her. Just then, they are attacked by the Dark Gennai who shows his true form after disguising himself as Ken. He attempts to capture Meicoomon and Sora's Digivice but is thwarted by the other DigiDestined who come to their aid. The Dark Gennai reveals that the reboot was all part of Yggdrasil's plan to create a new world order where humans and Digimon no longer interact with each other. He sends Machinedramon and MetalSeadramon after them. Elsewhere, Himekawa finds her partner Tapirmon but is shocked when he doesn't remember her. Tai, Matt, and Kari manage to strengthen their bonds enough to digivolve their partners and defeat MetalSeadramon. When Sora risks her life to protect Biyomon, she digivolves into Phoenixmon and defeats Machinedramon alongside Seraphimon and HerculesKabuterimon. Despite this, Dark Gennai attacks Meiko which infuriates Meicoomon. 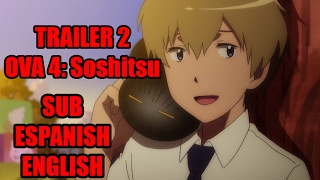