Aquaman recently had its official premiere, and ComicBook.com has loads of new photos directly from the movie's big debut.

ComicBook.com's Brandon Davis was at Aquaman's big celebration and got an up-close look at many of the costumes, props, and dioramas from the anticipated film, and now we've got all those new photos in one handy dandy place. The new photos give us more looks at Jason Momoa in the classic comic costume as well as the various tridents, , and other weaponry of Atlantis.

We also get a look at several other costumes, including silver suit, Black Manta's amazing getup, Ocean Master's suit and trident, and what looks to be King Neurus's suit of armor. Fans also get a very up-close look of one of the sea's other inhabitants, the Trench, with jagged claws and all those cringe-inducing teeth on full display.

Other photos feature young Arthur's favorite book and stuffed animal, as well as more Atlantean weaponry, and you can check out all the new photos in the gallery.

While the first movie hasn't even released yet, director James Wan does have some ideas for a sequel, if the opportunity arises.

"There's definitely stories, even within the world we've created, that you can actually see other storylines [spinning off from] as well," Wan told Total Film magazine. "There's the Aquaman story, but then the stories of the seven different kingdoms as well. I think those would be very fun to explore."

For now, we've got the first movie to watch, and you can find the official description for Aquaman below.

"From Warner Bros. Pictures and James Wan comes an action-packed adventure that spans the vast, visually breathtaking underwater world of the seven seas, "Aquaman," starring Jason Momoa in the title role. The film reveals the origin story of half-human, half-Atlantean Arthur Curry and takes him on the journey of his lifetime—one that will not only force him to face who he really but discover if he is worthy of who he was born to be... a king. 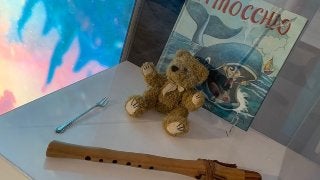