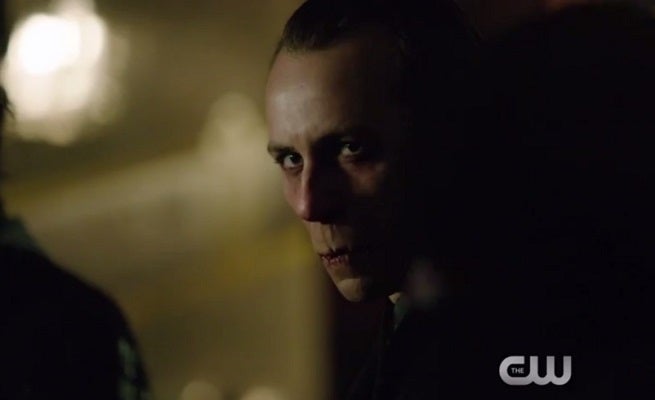 The CW has released a trailer for the next episode of Arrow, "The Offer."

In "The Offer," still weighed down by his last meeting with Ra's al Ghul (guest star Matt Nable), Oliver (Stephen Amell) returns home to find a new villain and his crew have started terrorizing Starling City – Michael Amar AKA Murmur (guest star Adrian Glynn McMorran), a man whose mouth has been sewn shut. Meanwhile, Laurel (Katie Cassidy) and Nyssa (guest star Katrina Law) bond over their issues with their fathers and Nyssa makes Laurel an offer. Thea (Willa Holland) is forced to come to terms with her father after Oliver brings Malcom (John Barrowman) to the loft to recover, and Lance (Paul Blackthorne) shuts out both Laurel and the Arrow.

"The Offer is directed by Dermott Down and written by Beth Schwartz & Brian Ford.