There were big Batman movie announcements yesterday: War for the Planet of the Apes director Matt Reeves (finally) signed on to direct and produce The Batman solo movie; meanwhile, the DC Extended Universe expanded a bit with the announcement that we're also getting a Nightwing solo movie!

Since these big Bat-movie shakeups hit the Interwebs, creative figures from all over the DCEU have been chiming in on Twitter, lending their welcome and suport of Reeves - and we can now add one of the biggest creative figures at DC to that list. 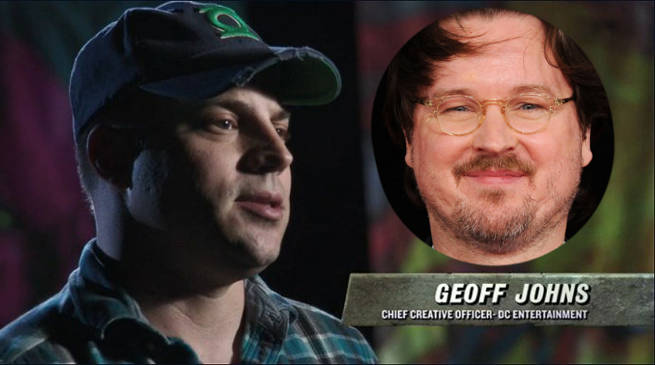 That's DC Films chief content officer and DC Comics creative head Geoff Johns, who also happens to be co-writer of The Batman. His tweet is answering a previous tweet from Ben Affleck, welcoming Matt Reeves to the project - which Reeves responded kindly to in a tweet of his own.

This latest tweet from Johns is not a big headline or development; but it is a nice symbol of solidarity - which is something the DCEU really needs right now. 2017 is such a pivotal year with the releases of Wonder Woman and Justice League; with recent directorial shakeups on both The Flash and The Batman, and rumors of Affleck wanting out, even the future of the DCEU seemed uncertain.

That's all to say: seeing plans put in place, and big films making forward progress, and all creative hands in sync, does a lot for building good PR. Especially with the fans who have kept the faith all along that things would work out. You know who you are.

The Batman is a tentative title for the DCEU Batman solo film, which is still expected to star Ben Affleck, under the direction of Matt Reeves, based on a script co-written by Geoff Johns and Ben Affleck. No release date has been set, but speculation is that production will start sometime late(r) this year.

Excited for The Batman? Rate the Film in our Rankings Database below! The film is currently No. 5 on our site with a 4.19-of-5 Rating.

The Batman: Why Matt Reeves Is A Great Director Pick

Why Was Ben Affleck Not Mentioned In The Batman Director Announcement?