After months of speculation, it looks like fans' theories are confirmed, and a member of the Superman family is headed to the 31st Century to join up with the Legion of Super-Heroes. Earlier today, DC released the cover to Legion of Super-Heroes: Millennium #2, in which a familiar face appears amid all the redesigned, rebooted Legionnaires. We'll keep the secret until below the first page break, but since we will be sharing the cover, click away now if you don't want to know.

Besides the second cover, DC shared some new art from Legion of Super-Heroes: Millennium #1 by artist André Lima Araújo. Writer Brian Michael Bendis teams up with Araújo to introduce the still-mysterious central character to heroes from the future of the DC Universe, including her search for Tommy Tomorrow, OMAC, Booster Gold and others.

In the second issue cover, by Ryan Sook, "a certain 'super' hero gets his Legion flight ring (Like he needs it)!' They also revealed some additional looks at Legion redesigns -- although on Twitter, Bendis cautioned fans that things are still very fluid and that the cover to Millennium #2 should not be assumed to be the full, or final, lineup to the Legion of Super-Heroes as you will see it in the ongoing series that begins this fall. You can check it out below.

As more or less everyone has guessed since Bendis brought Jonathan Kent (the son of Clark and Lois Lane) back from his mystery in space, aged up about a decade, the endgame was apparently to get the older Jonathan to be a part of the Legion of Super-Heroes. You can see him reaching for his flight ring on the cover -- with a face that really effectively captures the spirit of Lee Weeks's original Jon Kent from Superman: Lois and Clark, even though he's much older now. 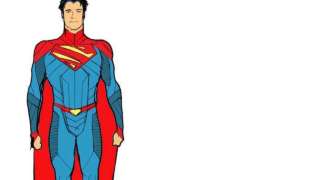 During our interview with Bendis introducing the Millennium event and his Legion reboot, he told ComicBook.com a little bit about the series' mysterious protagonist.1comments

"For those who are worried, it's a character that can leave the DC Universe and walk a thousand years and not mess up your favorite comics," Bendis said. "Right away, I just want to let the Reddit people know. Immediately, they think it's their favorite character and I'll destroy their book. Wait 'til you find out, I will say it's a character that I'm writing right now. It's someone who I get to kind of tee up to the walk, too. Almost like it was planned nicely."

Batman: Three Jokers - Who Is The Real Joker? Explained

Will Superman & Lois Give The Arrowverse a New Supergirl?

Marc Guggenheim Says He Would Consider Making an Arrowverse Movie