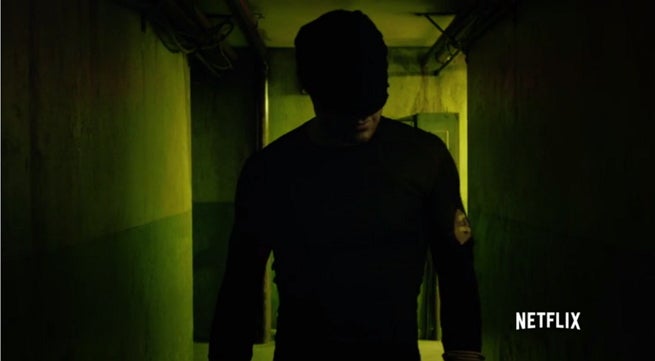 The latest issue of Empire reveals some new details about how Daredevil fits into the tapestry of the wider Marvel Cinematic Universe.

In terms of chronology, Marvel Television's Emma Fleischer confirmed that Daredevil does follow the events of The Avengers, but is set in a different corner of the world.

"We are still part of the Marvel Universe," she said, "but we are not explicitly in that Agents of S.H.I.E.L.D. world. We're in our own corner. So the aliens came down and ruined the city, and this is the story of Hell's Kitchen's rebuild.

Showrunner Steven S. DeKnight says he's up for a second season if Netflix is willing, saying, "We certainly hope so! I mean, it's totally up to Netflix. But I think it's a phenomenal season and we certainly end in up a place where we could tell many other stories."

Star Charlie Cox teased that fans should keep their eyes peeled for "a couple of very casual Easter egg reference to other superheroes." When asked about the possibility of Daredevil's involvement in Captain America: Civil War, Cox says he wouldn't turn down the offer, but stressed that "in this show, Daredevil feels special, like a big thing, not an everyday occurrence. It's not like he's one of that lot..."

Daredevil debuts on Netflix on April 10.

Daredevil Will Be Affected By Avengers, Contain Superhero Easter Eggs