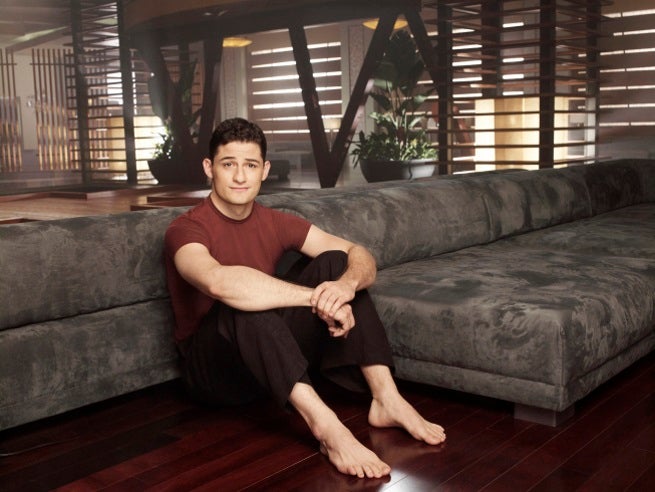 You may recall that Joss Whedon, true to form, gave his old Dollhouse chum Enver Gjokaj a brief role in The Avengers. Well, if popping up in Torchwood wasn't enough to stop Peter Capaldi from becoming Doctor Who, there's no reason the Marvel Cinematic Universe should be any different.

According to Deadline, Gjokaj has won the role of Daniel Sousa in the Agent Carter series. They describe him as "sweet and honorable Agent Daniel Sousa, a true war hero who has risked his life many times – resulting once in a crippling leg injury."

I first read about this character in July when Film Divider did a piece on the show's new characters. According to their report, Sousa is "a war hero who walks using a leg brace, but finds dealing with office politics to be harder than working around his injury. Sousa is also a fiercely honourable, gentle man and we're betting he becomes one of Peggy's major allies."

That seems to be a pretty good indicator of what he'll be like. The same report details another bunch of characters, from Carter's boss Roger Dooley to automat waitress Angie Martinelli, a friend of Peggy's away from work. If these have been cast, no names have surfaced as yet.

Agent Carter is currently expected to run for ten episodes, telling a discreet, serialised story. The airdate is yet to be determined, but the show will run as a mid-run fill-in for Agents of SHIELD.