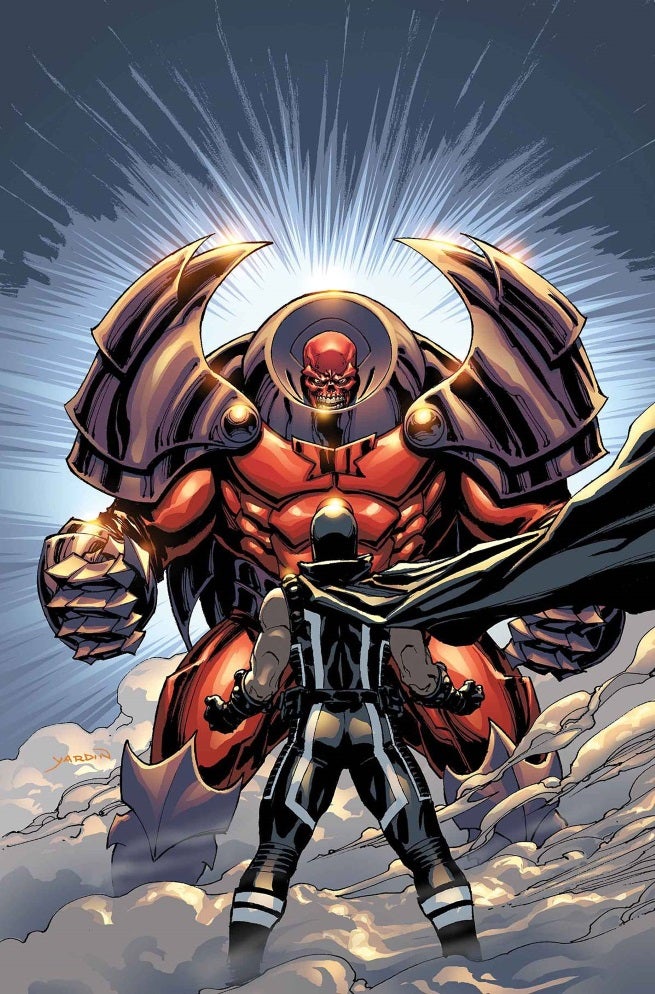 Marvel Comics has provided ComicBook.com with an exclusive preview of Magneto #12, an AXIS tie-in issue from writer Cullen Bunn and artist Roland Boschi.

In this issue, having assembled a team of villains to defeat the Red Skull and the Stark Sentinels, Magneto now comes face-to-face with the friend he'd never thought he'd speak to again: Professor Charles Xavier.

As the Red Skull's influence permeates the world, Magneto is confronted by the best friend he thought buried...
Could it be that Magneto has more in common with Charles Xavier than he once thought?
Parental Advisory