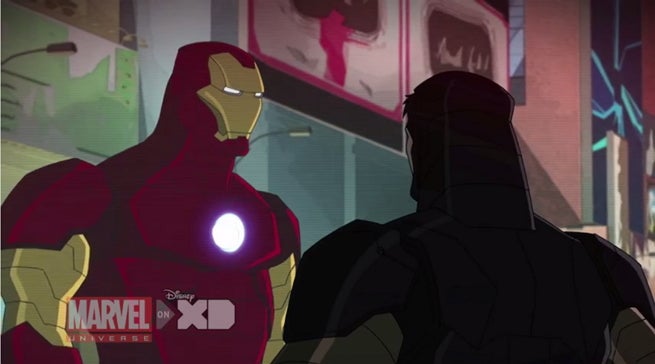 Marvel has released a sneak peek at this Sunday's episode of Avengers Assemble on Disney XD, "The Dark Avengers."

The episode sees the Avengers discovering a flipped reality, where the heroic Squadron Supreme battles the villainous Avengers.

Check out the preview below.

BIG HEROES! BIG VILLAINS! AND BIGGER ADVENTURES this week, Share Your Universe with a brand new episode of MARVEL'S AVENGERS ASSEMBLE this Sunday at 8:30am/7:30c inside the Marvel Universe on Disney XD.